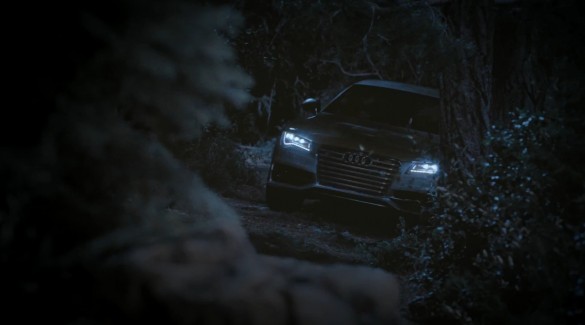 When it comes to Super Bowl advertising, we thought we’d seen it all. Last year, we had Kia giving us aliens, Mayans and even a dash of Poseidon, while Volkswagen shamelessly ripped off George Lucas (after paying him handsomely, we’re sure). This year, Kia has supermodel Adriana Lima, Chevy has a berserk college student, Lexus has a caged GS and Audi has… vampires.

I’d say the vampire meme is played out, but it’s way beyond played out. In fact, it’s played out, buried, dug up, killed with a stake through its heart and buried again. Then it’s dug up and cremated. Does anyone other than 16 year-old-girls and drug-addled goths even think about vampires these days? How many 16 year girls and goths do you think are in the market for a new Audi?

I get what Audi is trying to communicate: it’s headlights are unique and very bright. Bright enough to send vampires scurrying up trees for cover. If that’s all you have to pitch your high-end luxury cars, it doesn’t speak well for your engineers (or your marketing team).

We’re big fans of Audi, which is probably why we’re so critical of this ad (which, in fairness, we haven’t even seen yet). Why not play up your racing success, or emphasize the stunning good looks of your cars, or the quality of your interiors instead of going for played-out pop culture cliches?

At least Kia’s giving us a supermodel with a checkered flag.