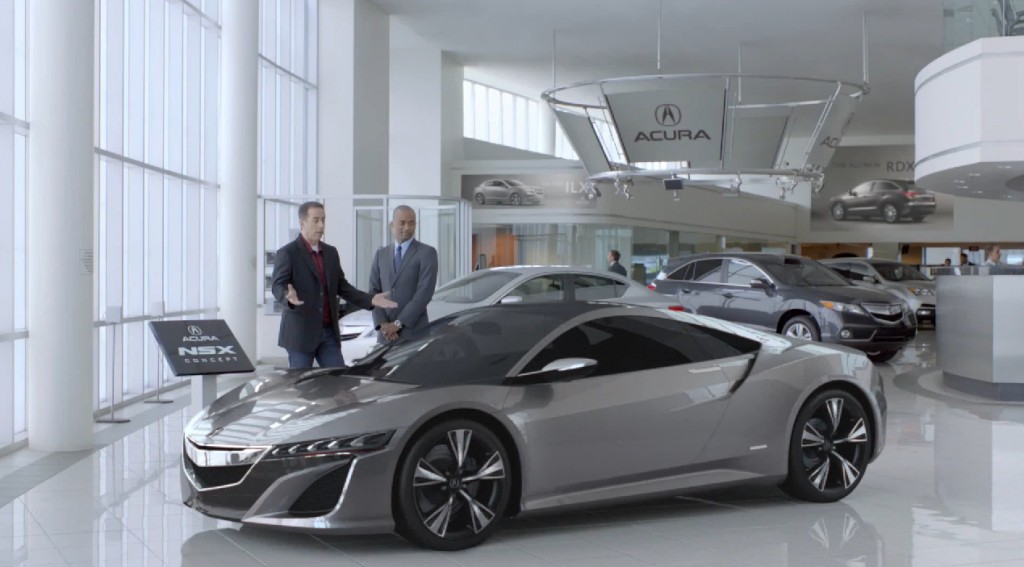 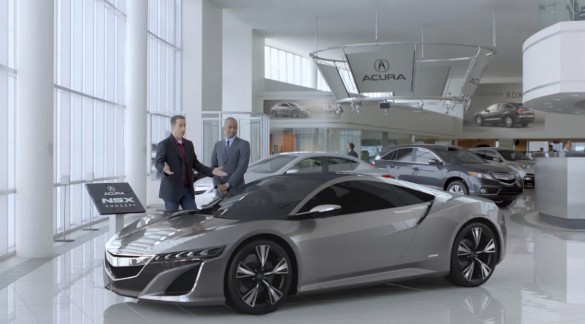 We haven’t been overly enthused by this year’s crop of Super Bowl ads, but then again we’re jaded moto-journalist types. It takes a lot to impress us, and partying vampires, singing dogs and re-hashed movies from the 1980s just won’t do the trick. If only an automaker could come up with something fresh and innovative, maybe we’d actually crack a smile (and admit to it).

Enter two ads that have rocketed to the top of our “must-see” Super Bowl viewing list. The first video, from Toyota, imagines a world where everything is reinvented to perfection, like (Toyota claims, anyway) the new Camry. In fairness, we haven’t driven the new Camry yet, so we can’t say how good it really is (although given the last car’s entertainment value, anything is a step up). If it’s as good as the world envisioned in Toyota’s Super Bowl spot, we’re definitely putting one in the garage. Just as soon as we order a new couch and some fresh curtains.

Acura is hawking a car that doesn’t even exist yet, its new NSX. That’s a good thing for a couple reasons: first, it puts the upcoming NSX on display to the general public, creating interest in both the car and the brand. Next, it reminds us that a successor to the beloved NSX really is on its way, even if it will be saddled with a hybrid drivetrain. We’re not anti-hybrid, mind you, we’re just anti-hybrid sports car.

We promise to keep an open mind until we get a chance to drive the new NSX, but sadly we’re not in a position to actually buy one. Taking delivery of the very first NSX will be quite an honor, and as Acura’s Super Bowl ad points out, there are several car guys vying to park the very first NSX in their own garage. We’d be willing to bet that the ad isn’t far removed from the truth, either.