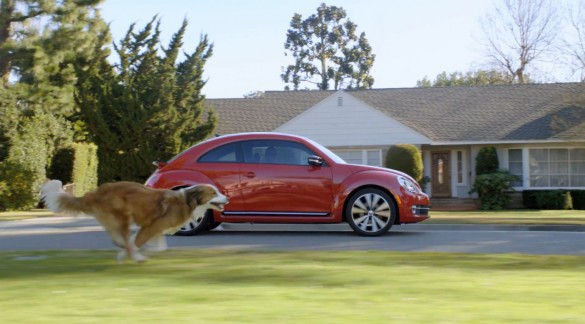 Volkswagen was one of the first automakers to release a teaser video for its upcoming Super Bowl ad, and we couldn’t see how dogs barking the Imperial March from Star Wars had anything to do with selling VWs. Sure, its Darth Vader spot was the unexpected hit of last year’s Super Bowl, but going back to the same well for inspiration two years in a row rarely works well.

The good news is that VW’s actual big game ad doesn’t feature dogs barking in harmony, and the Star Wars connection comes from out in left field. Yes, there’s a dog (who takes inspiration from the all new VW Turbo Beetle), and there’s even a scaled-down Darth Vader. We’re not sure if that works for two years in a row; in fact, we’re not even sure if the ad works at all.

It seems to us that VW spent a serious amount of money on licensing for licensing sake. Last year’s Star Wars tie-in was funny, since most of us could picture doing something similar when we were kids. This year the connection just isn’t there, and the whole intergalactic cantina scene really doesn’t add to the video.

Maybe we’ve just seen one too many Super Bowl car ads this year, and we need a fresh perspective. What’s your take? Does the latest VW ad work via some Jedi mind trick that we’re immune to, or is it something that not even Yoda himself could save?