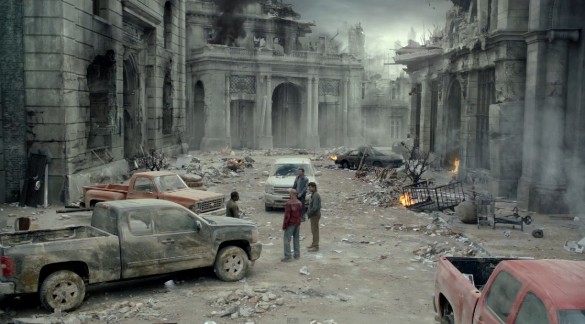 Given the recent string of cataclysmic events across the globe, Chevy’s Super Bowl ad for the Silverado pickup was, at best, insensitive. Events like the earthquake and tsunami in Japan, Hurricane Katrina in the U.S. and last spring’s outbreak of tornadoes in Alabama make end-of-the-world videos not quite as funny as they used to be. Add in the ongoing situation in the Middle East, and the video hits a bit close to home for anyone following world events.

Taste aside, Ford has some big issues with Chevy’s ad. The automaker is disputing the claim that Chevy builds the most dependable, longest lasting trucks on the market. As Automotive News (subscription required) tells us, Ford’s lawyers sent a cease-and-desist letter to GM, requesting that the ad be pulled. When GM refused, Ford made the same request to NBC, with the same result.

GM is standing by its assertion, basing its claim on the number of 1981 – July 2011 full-size pickups registered. Ford, on the other hand, is claiming it has far more full-size trucks on the road today with more than 250,000 miles on the odometer. Who’s right? That’s probably up to the lawyers to fight out now.

This much is clear: GM spent a boatload of money on Super Bowl advertising, and made a serious effort to build up the hype via social media and its “Game Time” app. Ford, on the other hand, didn’t do much. Was that poor planning on Ford’s part or simply more prudent use of stockholder money? We’ll know for sure when the February sales numbers come out.