Honda Gets You Ready For The New NSX: Video 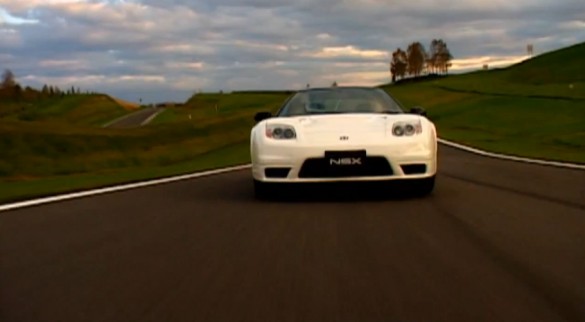 The original Honda NSX, produced from 1990 to 2005, was a truly remarkable car. Intended as a supercar you could drive on a daily basis (a remarkable concept in 1990), the mid-engine, rear drive NSX was a near-ideal blend of horsepower and handling. While the original cars only made 270 horsepower, an all-aluminum body kept the weight below 3,000 pounds. Like all mid-engine, rear drive cars, the NSX could get tail-happy in a corner if pushed hard by an inexperienced driver, and it didn’t take long for insurance companies to start raising rates on the NSX to astronomical levels.

The NSX was a favorite of F1 superstar Ayrton Senna, who was involved in the car’s development and chassis tuning. Later, Honda would release an Alex Zanardi edition in the United States to commemorate the Italian driver’s back-to-back CART championships, and variations of the NSX were raced at Le Mans and in the Japanese Super GT series.

A new NSX is under development, aimed at a 2015 launch. Unlike earlier cars, the new NSX will be built with an eye towards fuel economy as well as performance, so it will utilize a hybrid drivetrain instead of just a gasoline engine. The original’s mid-engine layout will be retained, but expect the new NSX to benefit from all-wheel-drive, thanks to front-wheel mounted electric motors. A third electric motor will provide supplemental power to the car’s V-6 engine, although Honda isn’t releasing horsepower figures just yet.

To remind you that a new NSX is on its way, Honda Japan has released a near eight minute video tribute to the original, complete with a teaser on the new NSX. We tip our hat to Autoblog for digging this up, and if you’re a fan of the car, you’ll thank Honda for producing it.