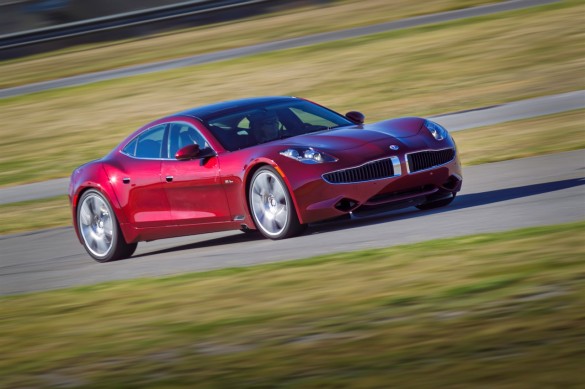 Extended-range-electric-luxury-sedan builder Fisker appears to have hit a speed bump on the road to success. Faced with back-to-back recalls on its Karma sedan and running short of funding, the start-up automaker was forced to lay off employees and contractors in both California and Delaware. Fisker would also like to renegotiate the terms of loans from the U.S. Department of Energy (DoE), in order to access additional funding previously committed.

Gone are 40 employees and contractors from Fisker’s Anaheim plant, representing about six percent of the workforce. As Green Car Reports tells us, layoffs in Wilmington, Delaware (where the Project Nina vehicles are under development) were proportionally higher, with Fisker letting go of 26 employees, representing over a quarter of the workforce.

Fisker obtained $529 million in low-interest funding from the DoE under a program designed to help advanced technology vehicle manufacturers. Accessing the funding required meeting certain milestones, and Fisker has so far tapped some $193 million in DoE funds. Missed deadlines on Project Nina, Fisker’s code name for its next range of electric vehicles, have frozen further access to DoE funding, and the company is currently attempting to renegotiate terms to obtain additional funds.

Like the Chevrolet Volt, the Fisker Karma sedan is a series hybrid, built to run on battery power or power from a gasoline-fueled, range extending generator. Unlike the Volt, the Karma is aimed at luxury buyers, and has a price tag over twice that of Chevy’s extended range EV. In generator mode, however, the Fisker Karma is only rated at 20 mpg combined, far less than the Volt’s combined rating of 37 mpg.

In the Karma’s defense, it’s a stunning design with far more performance potential than the Volt. The cars are aimed at different buyers in different markets, and Fisker is reportedly working on filling existing Karma orders (although the company hasn’t released sales figures to date).

Is this recent trouble just another temporary setback for Fisker, or is it a sign of things to come? We suppose that all depends on how well the Karma is really selling.