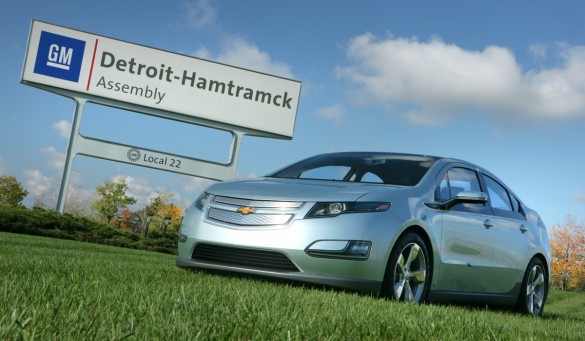 Despite Tim Allen’s insistence in a televised ad that the Chevy Volt was the car “America had to build,” it’s apparently not the car that Americans want to buy. Citing a need to maintain “proper inventory levels,” GM will temporarily suspend production of the Chevy Volt for five weeks, beginning on Monday, March 19. Workers on the Volt assembly line at GM’s Hamtramck, Michigan plant will be laid off until production resumes on April 23.

As The Detroit News reports, this is the second production stoppage for the Volt in three months, and it comes on the heels of the December holiday shutdown that stretched until February. Chevrolet currently shows some 3,596 Volts in dealer inventory (including demonstrators), which represents over a 90 day supply based on February’s sales of 1,023 units. In 2011, GM sold roughly 7,700 Volts, less than the targeted 10,000 units.

GM blames lagging sales on the “collateral damage” caused by seemingly endless negative publicity, including an investigation into post-crash battery fires that ultimately prompted a modification to the battery housing. While no consumer Volts have gone up in flames, the media hype regarding a single isolated fire (caused by a battery short-circuit, two weeks post-crash) planted doubt in the minds of consumers.

That’s not the only battle GM needs to fight on the Volt, either. As Lacey Plache, chief economist at Edmunds.com points out, “The price premium on the Volt just doesn’t make economic sense for the average consumer.” On the other hand, if your daily commute is less than 30 miles roundtrip and you want the world’s first practical extended-range electric vehicle, Chevrolet would love to put you in a Volt today.