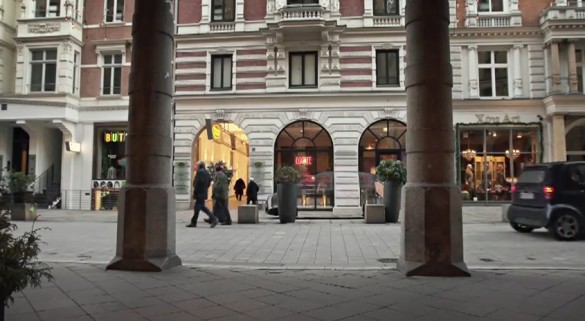 The advantage of a hydrogen-fuel-cell-powered car is that it produces no harmful emissions, hence it’s “invisible” to the environment. To promote its new F-CELL hydrogen fuel cell concept car, Mercedes-Benz took the invisible theme to the next level, developing an active camouflage system for public display.

While simple in concept, active camouflage can be difficult in execution. Cameras located on one side of the car map its surroundings in real time, then send this video information via an image processor to LED panels located on the other side of the car. By projecting what’s behind the car onto these panels, the car appears to blend into the environment.

The effect isn’t perfect, and you can still detect the outline of the vehicle. Still, the concept is novel enough to attract attention, and from the short video below it appear that Mercedes-Benz certainly generated awareness during the car’s German tour.

Don’t expect to buy an F-CELL vehicle in a Mercedes-Benz showroom anytime soon, since both the technical details of hydrogen power and the lack of a hydrogen-based infrastructure still need to be addressed.