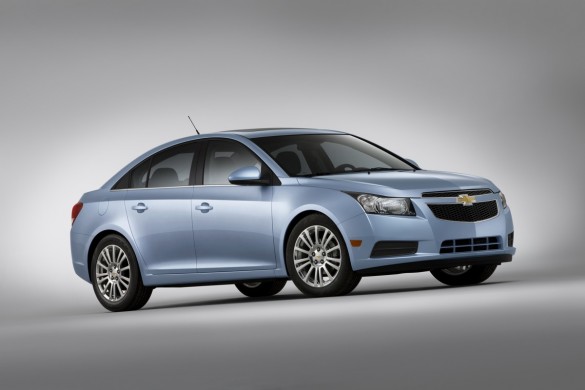 The National Highway Traffic Safety Administration is investigating two separate vehicles with one common (potential) fault: the risk of spontaneous engine fires. First, the agency is looking into the 2011 Chevrolet Cruze, as two owners have suffered total-loss fires of unknown origin. At least one of the fires occurred in a Cruze Eco model, which reportedly tripped a dashboard warning light only after the car was already on fire.

While both Cruze models were a total loss, neither incident resulted in accident or injury to passengers. In addition to cooperating with the NHTSA investigation, GM is launching its own research into Cruze vehicle fires.

The NHTSA is also looking into engine fires in 2010 model year Jeep Wranglers, as some eight incidents have been reported, seven while the vehicle was being driven. As Left Lane News points out, the latest investigation is separate from an earlier NHTSA investigation into a fire risk in 2006-10 Wrangler models.

It’s probably worth pointing out that no vehicle on the planet is as frequently customized by owners as the Jeep Wrangler, and it’s not yet known if modifications may have played a role in the fires.

Should the NHTSA find a safety defect in either vehicle, a recall will likely follow.