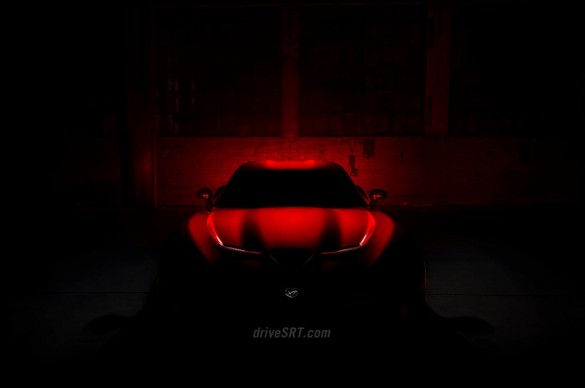 In a little over 24 hours, SRT will officially unveil the 2013 Dodge Viper at the New York Auto Show. The buildup to the car’s debut has included lots of speculation, fueled by the release of a Hot Wheels scale model Viper. It’s also included a series of leaked “official” images, most of which didn’t give many clues as to the new Viper’s looks.

The latest teaser image, released yesterday, probably gives the best idea yet of what the new Viper coupe will look like. We know the image is lighted for effect, but there’s no getting around the fact that the front-end of the new Viper looks like, well, a viper. We also see some Italian styling influences there, but injecting the new SRT muscle coupe with a bit of Alfa Romeo (or dare we say it, Ferrari) DNA isn’t a bad thing.

In a little over 24 hours, we’ll know all there is to know about the next Viper. Until then, this image lets us know that SRT did a commendable job of updating the car, while staying faithful to the proportions of the original. That’s enough for us to give the new car a thumbs up.