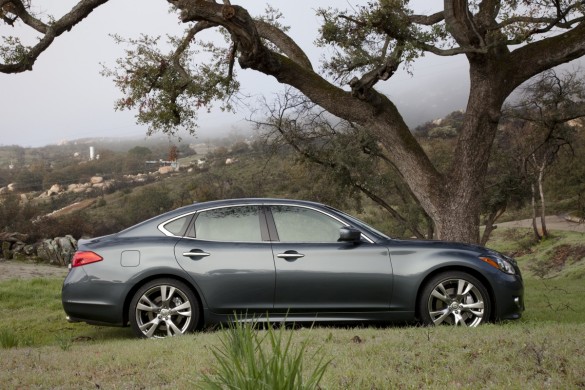 This much is clear: Infiniti can’t afford to build cars in Japan much longer. The yen is strong, while other currencies (such as the U.S. dollar and the euro) are weak, meaning that the cost to produce goods in Japan and sell them abroad has risen. Since Infiniti isn’t even sold in Japan, continuing to produce vehicles there makes no financial sense.

In a recent press conference, Nissan CEO Carlos Ghosn admitted that Infiniti was considering a move in production, likely to either North America or China. Automotive News (subscription required) quotes Ghosn as saying, “You won’t have to wait a long time before we make a decision about the new base for sourcing of Infiniti. If you follow our logic, we should make the cars where we sell them.”

Internationally, the two biggest markets for Infiniti are China and the United States. Sales in China grew by over 60-percent last year, prompting Infiniti to begin the relocation of its global headquarters to Hong Kong, in order to be closer to the Chinese market.

Chinese-built luxury cars may be hard for consumers in North America to swallow, so there’s a business case to be made for a North American manufacturing base, too. Nissan already builds the Infiniti JX in Tennessee, and it’s possible that future Infiniti models will be built there as well. Nissan also announced a production facility in Aguascalientes, Mexico, and could easily begin producing Infiniti models there when the plant is operational.

A third scenario is perhaps the most likely: Ghosn may opt to create a manufacturing base for Infiniti in both China and North America. This is a strategy that’s paid off well for German manufacturers like BMW and Mercedes-Benz, both of which produce cars in multiple locations across the globe.