Porsche Takes The Wraps Off The Cayenne GTS: Video 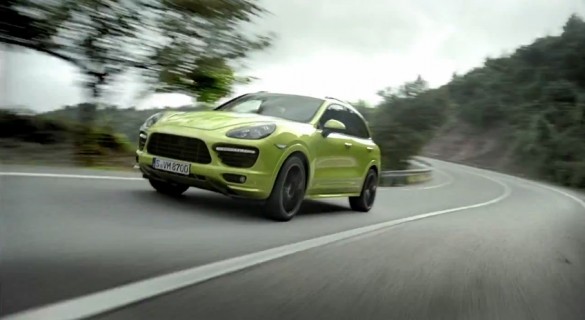 In a perfect world, Porsche wouldn’t have to build SUVs, the left lane would actually be used for passing and texting behind the wheel would carry the same penalties as drunk driving. We don’t live in a perfect world, and the sad fact of the matter is that the vast majority of motorists view driving as a chore, not as something to look forward to. The ideal car, then, is something that gets them from point A to point B with as little drama as possible, which explains the popularity of cars like the Toyota Camry.

It also explains the popularity of SUVs, since their all-weather, all-road, multi-function personalities appeal to a wide range of buyers. Porsche realized this a while back, and its Cayenne SUV has become the best-selling product in the entire Porsche catalog. Sales are so brisk that Porsche is now running three shifts at its Leipzig, Germany plant, which is also undergoing a major expansion.

If you have the price of admission, there’s a Cayenne for nearly every type of driver. Add to that list the just-announced Porsche Cayenne GTS, which bridges the gap between the Cayenne S and the uber-fast Cayenne Turbo. Like the Porsche 911 Carrera GTS (our favorite 911 variant, if anyone is in a gifting mood), the Cayenne GTS will likely turn out to be more than the sum of its parts, and we suspect that it will deliver a near ideal blend of performance and practicality. If fast SUVs are your thing, that is.

The Cayenne GTS gets a 420-horsepower V-8 engine, which is good enough to haul the grocery-getter from 0-62 mph in just 5.7 seconds, on its way to a top speed of 162 mph. Suspension tuning is a bit firmer than on the Cayenne S, and the GTS further benefits from Porsche’s Active Suspension Management (PASM), which can adjust the ride quality to match the driving conditions.

Exterior styling is on the aggressive side, including a body kit with side skirts, flared wheel arches and a twin-wing roof spoiler. Even the front-end is pulled directly from the Cayenne Turbo, to give the GTS a more sporting demeanor. Inside, sport seats trimmed in leather and Alcantara are standard equipment.

The Porsche Cayenne GTS will hit the European market in July, with rollouts in other areas likely by year end.