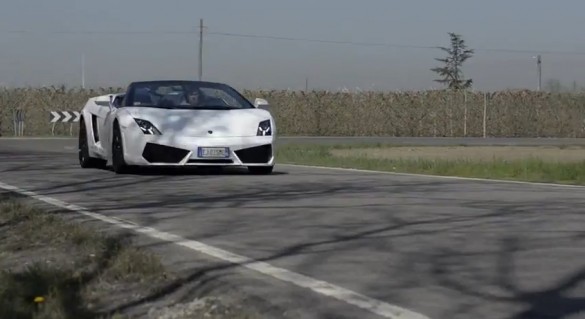 If you’re a fan of Lamborghini, you know the name Valentino Balboni. Best known as Lamborghini’s test driver, Balboni’s history with the company dates back to 1968 and a chance meeting with Ferruccio Lamborghini himself. The story is best told in Balboni’s own words, but here’s the two minute drill: in today’s process-obsessed world, there can never be another Valentino Balboni.

Balboni was trained by Lamborghini to become a test driver, and had no prior racing background. Instead, Balboni had a passion for cars, and learned early on to “listen” to what a car was trying to communicate. That’s easily lost with today’s technology-filled supercars, but in the early 1970s “listening” to cars like the Lamborghini Muira or Countach was an important part of self-preservation.

While we’d have liked to see more time with Balboni and less time with Musial touring the Italian countryside in a Gallardo Spyder, the video is worth watching. We’re not the fashion police, but we’ll still offer some free advice to Musial: when you’re going to meet one of the automotive world’s iconic figures, wearing a hoodie over a t-shirt is a bit inappropriate. Next time, buck up for a polo shirt, OK?