Video: Rare Bi-Turbo Alpina B3 GT3 based on BMW 335i Pushed to the Max 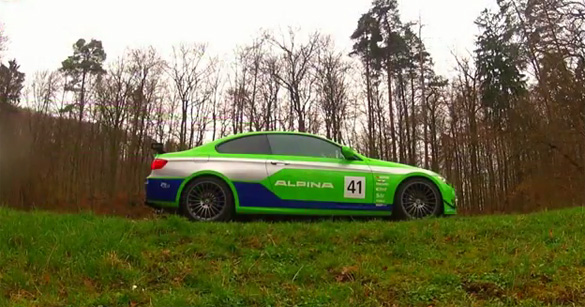 I have always admired the quant aftermarket build of Alpina BMW vehicles especially the long-running 7 series offered here in America. To my surprise, Alpina has taken the already-fast BMW 3 series 3.0-liter Bi-turbo to a new level all the way to 402 horsepower and 398 ft-lbs. of torque. Alpina used the same twin-turbo 3.0-liter inline-6 in their B3 S Bi-Turbo and tweaked it a bit with the addition of an Akrapovic titanium exhaust system.

Of course the B3 GT3 is only available in Germany with 99 total units made. The particular hard-core Alpina B3 GT3 driven by Gebhardt, is featured in the video below hitting a top speed of 192 mph. The Alpina B3 GT3 is also good for reaching 60 mph in 4.6 seconds. Check it out!