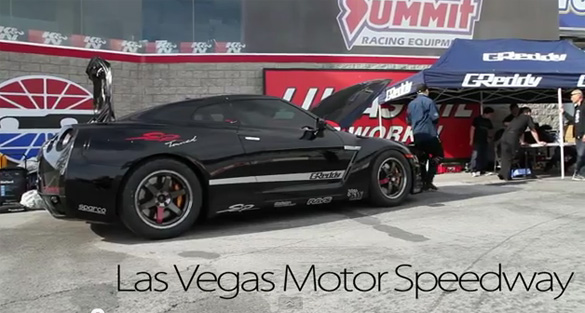 Road & Track recently posted a story about a 2009 Nissan GT-R owned by Hing Yim of Las Vegas, Nevada. Yim happens to be just an ordinary fellow and enthusiast at heart. He does not own any tuning shops, race teams or other automotive related business. The only thing Yim possesses to spark our interest is his Nissan GT tuned by SP Engineering, using several GReddy components, which happens to run 8.793 seconds @ 167 mph in the quarter mile. His GT-R does not even have a roll-cage or parachute… just some serious power, Volk TE37SL wheels and four racing slicks.

If you are taking tally, then you will realize that Yim’s Nissan GT-R has bested the GT-R quarter mile record of 8.975 seconds set by AMS Performance. Just after Yim’s record run, AMS Performance upped him by running 8.62 seconds in the quarter from a monstrous GT-R birthed by AMS’s Alpha Omega project. 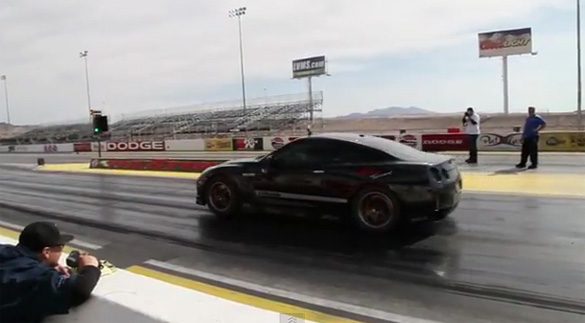 For now, Yim is well satisfied with the results from his ‘sleeper GT-R’ that he can take to the Vegas Strip to show-up just about anyone who has large enough cojones to battle the ultimate privately-owned Godzilla.

Check out Yim’s quarter mile run at the Vegas Motor Speedway below.