Video: Acura Stars In The Upcoming Movie, ‘The Avengers’ 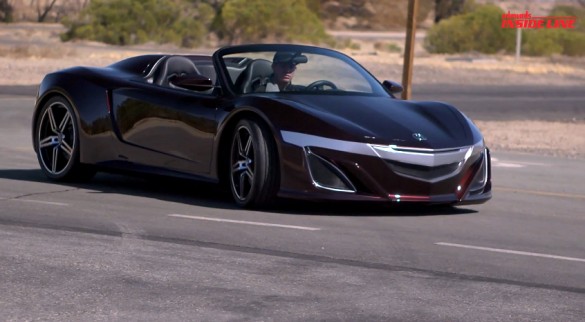 Acura has a long term deal with the Marvel Comics movie franchise linked to the upcoming movie, The Avengers. Acura vehicles have made cameo appearances in earlier films like Iron Man 2, Thor and Captain America, but will likely take a more prominent role in the upcoming Avengers. While a matte black MDX and TL aren’t really all that interesting (even with crash bars and strobe lights), it’s the new Acura NSX roadster that Tony Stark will be driving in The Avengers that caught our eye.

As Inside Line points out, the car exists only as a one-off prototype, built by hand just for the film. While the car drives, it can’t be operated above 10 mph, or it risks shedding body panels like a double-wide trailer in a hurricane. Acura hasn’t even confirmed that the new NSX, when available will be built in roadster form. Still, we’re pretty sure that the automaker is open to suggestion, and if enough moviegoers say “build it,” the open air NSX has a good chance of seeing production.

What’s your take? Do you like the lines of the NSX roadster, or is it too much Acura TL in the rear and too much Corvette Stingray up front?