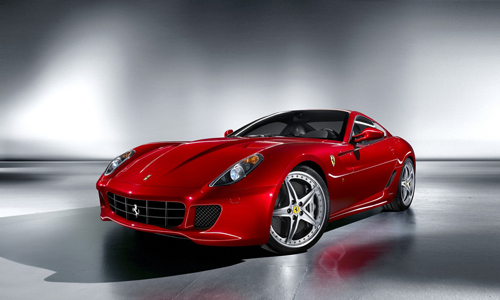 The upcoming Geneva Motor Show next week will lack a few manufacturers but have some stunning introductions including a few from Ferrari. Ferrari will be taking the wraps off of the Ferrari 599XX and 599 GTB HGTE. If the 599XX reminds you of the FXX name then you may be onto something. The 599XX will be a tricked-out version of the Ferrari 599 GTB incorporating some of the latest technologies and engineering that Ferrari has to offer.

Some of the tricks may be those used on the race track and on street cars but it will be something fresh and new. Although I cannot agree that the 599 is a looker when you compare it to other Ferraris or even it’s cousin, the Maserati. Below is a sneak preview image from Ferrari. Will you be a fan of the Ferrari 599XX or Ferrari GTB HGTE? If so then you probably won’t be able to get one unless you have owned several other Ferraris. Remember the program that Ferrari had if you wanted to purchase an Enzo? Yea, Ferrari says NO unless you are truly “loyal” and you have to have a few of these Italian horses in your garage already to even be considered to be put on the list for a 599XX.