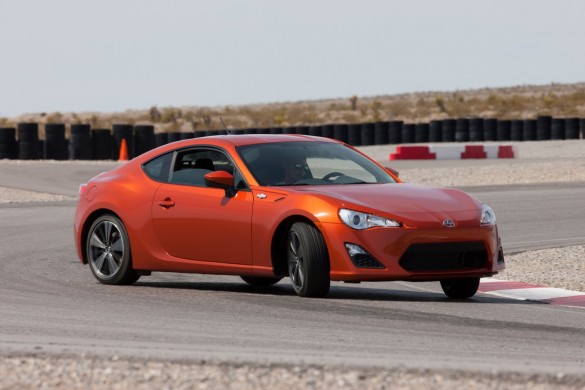 If you’ve been holding out on buying a new Scion FR-S until a faster model is released, we’ve got some bad news for you: according to Car and Driver, such a model makes no financial sense for Scion to produce. Without forced induction, Scion can make a profit selling the FR-S in the mid-$20k range. Add a turbo, and the selling price would start pushing the $30k barrier, a price that Scion deems too expensive for its customers.

Subaru, on the other hand, has positioned its BRZ a bit more upscale, which could allow for the expense of turbocharging down the line. Such a move is still undecided, and earlier rumors reported that Subaru was developing a normally aspirated STI version of its BRZ. Cost aside, there simple isn’t a lot of room to fit a turbo, intercooler and associated plumbing under the hood.

That doesn’t mean that FR-S or BRZ buyers are out of options, since we expect the aftermarket to deliver everything from intakes through turbo and supercharger kits and exhausts in the coming months. Scion may not be willing to build a turbo FR-S, but we’re guessing that plenty of aftermarket vendors will step up to the plate.