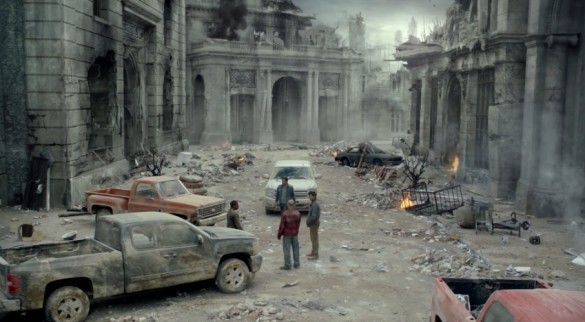 If someone were to ask us what’s going on with GM’s marketing and advertising these days, our honest answer would have to be, “we have no idea.” A few years back the automaker played musical chairs with its ad agencies for Chevrolet, kicking long term partner Campbell Ewald to the curb. Next came Publicis, who lasted about a month, before the Chevy account was handed off to Goodby, Silverstein & Partners, who still (more or less) has the business under the new name Commonwealth.

We’d argue that Goodby’s advertising tagline, “Chevy Runs Deep,” may be the worst pitch line in the history of the automobile, and we’re far from alone in our belief. Despite public criticism, GM’s chief marketing officer Joel Ewanick seems happy with the slogan, which doesn’t appear to be going anywhere.

A few weeks back, GM announced it would pull its advertising from Facebook, which it deemed as “ineffective.” Ford was quick to point out that Facebook advertising worked fine for them, as part of a multi-layered campaign to attract the all-important Millennial buyer.

Now comes word that GM is pulling out of Super Bowl advertising, too, which it deems as “not cost effective” because of rising air time costs. A single 30-second ad can sell for as much as $3.8 million for airtime alone, and that cost isn’t expected to drop for future games.

The Wall Street Journal quotes Joel Ewanick as saying, “It’s just getting too expensive and we’re not just going to do the same thing every year.”

We doubt that Volkswagen feels the same way, and we’re pretty sure that Kia is happy with the results of its Super Bowl advertising. It helps if you create ads that don’t suck, and both the VW and Kia ads were far more upbeat than Chevy’s end-of-the-world Silverado ad seen here. When many American families are still struggling to find jobs and keep houses, perhaps the collapse of society isn’t as funny as it first seems.

We’ll offer up some free advice to GM, although we doubt very much the automaker will listen: Super Bowl advertising may be expensive, but it’s less costly than shedding customers thanks to ineffective ad campaigns.