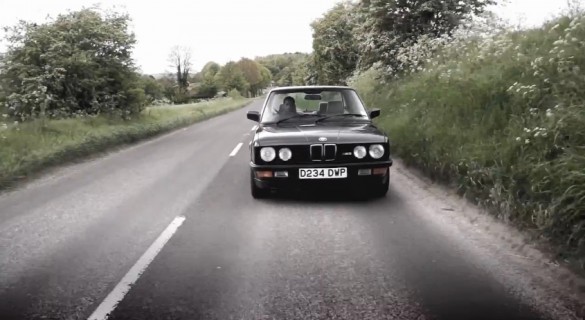 Such is the case with the original E28 variant BMW M5. As Evo’s Chris Harris points out, the car was beyond revolutionary for its day, making an almost unimaginable 286 horsepower (Metric; 282 by our standards) from a normally-aspirated 3.5-liter inline-six engine. That’s not a lot of ponies by today’s standards, but back then it was some serious firepower, enough to make the BMW M5 the fastest sedan in the world in 1986.

The E28’s shape doesn’t hold up quite as well as later variants, and even the E34 M5 (launched in 1989) manages to look more contemporary. Still, as Harris points out, later generations of M5 have deviated from the recipe that made the original so good. Sure, they’ve gone up in horsepower, but they’ve also grown in weight and complexity.

We know enough to know that you can’t go home again. If you’ve grown accustomed to modern sport sedans, the original M5 may not feel all that impressive in terms of acceleration and handling. If you can apply a filter to imagine what the car was like in 1985, the magic of the M5 is easier to understand.