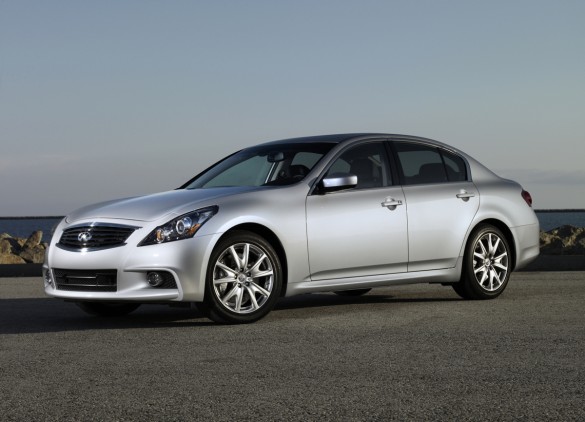 There’s bad news on the horizon for anyone scraping together the cash to buy Infiniti’s least-expensive G Series Sedan: after December of 2012, the G25 sedan will be dropped from Infiniti’s model lineup in the United States. The luxury automaker didn’t give us a specific reason why, but we suspect it comes down to simple economics: the G25 is built in Japan, where a strong yen against a weak dollar means that Japanese automakers are losing money on models imported into America. This is particularly bad on entry-level models, whose prices don’t carry enough padding to mask an unfavorable exchange rate.

Infiniti doesn’t break out sales of the G25 compared to the G37, but we suspect the G25 was never the sales hit Infiniti thought it would be. Like it’s primary rival, the Lexus IS 250, the Infiniti G25 combines a superb chassis with a positively anemic engine. Drive the G25 back-to-back with the G37, and you’ll find a way to come up with the extra $4k or so it takes to bring home the G37.

For 2013, the least expensive G Series sedan will be the G37 Journey, which should start near the same $37,295 price point as the 2012 model. Assuming Lexus carries on with the IS 250, you’ll be able to snap one up for around $34,670, an advantage of $2,625 in Lexus’ favor. For those with a passion for driving, the more expensive G37 will still be the sedan of choice, but those merely shopping for entry-level luxury will likely find the Lexus’ lower price appealing.