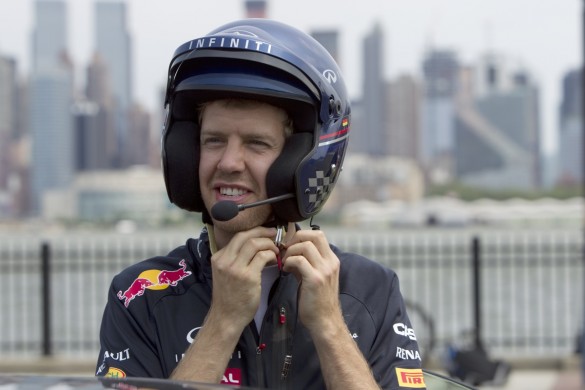 In 2013, Formula One racing comes to Weehawken, New Jersey, just across the Hudson River from Manhattan. Those of us who know the area understand what a challenge it will be to pave streets smooth enough to allow safe running of F1 cars at speeds approaching 200 miles per hour. Add in significant elevation changes and near-zero runoff room, and you have a temporary street course that resembles Monaco, without the beautiful rich people and nice weather.

Sebastian Vettel recently became the first F1 driver to lap the proposed course, but not in an F1 car. As the roads exist today, we’re pretty sure that even getting an F1 car around a complete lap would prove challenging, since the minimal ride height doesn’t handle crowned roads or transitions in pavement very well. Vettel was given an Infiniti G37 Coupe for his reconnaissance drive, and managed to thrill crowds (and annoy local police) with a batch of freshly spun donuts on closed city streets.

If all goes as planned, 2013 will see two Formula One races on U.S. soil, at venues that will prove far more interesting that the last attempt to run an F1 race in Indianapolis. Frankly, we can’t wait.