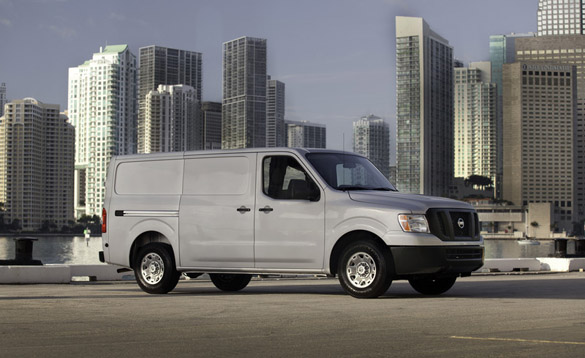 In an effort to modernize commercial transportation, Nissan has introduced an all-new cargo van sporting a vast 323 cubic feet of space. The new NV-line of vans offers the versatility of hauling cargo in one of the largest cargo areas for a commercial van with two different trim levels (S and SV) to boot.

Somewhat built off of the Nissan Titan platform, the Nissan NV2500 HD is among a three-tier line of cargo vans. They are sold as the NV1500, NV2500 and a NV3500 sporting larger tires. There is not much difference in the three trims aside from the powertrains. The NV1500, only available with a standard roof, is powered by a 4.0-liter, 261-horsepower V6. My NV2500 test vehicle and NV3500 share the Nissan Titan’s 317-hosepower 5.6-liter V8 engine. Both NV2500 and NV3500 are available with a high-roof option for additional cargo room. 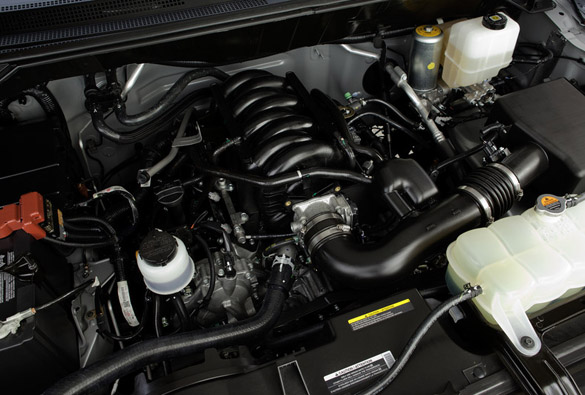 Our NV2500 HD SV trimmed test vehicle is expected to be the volume seller. When directly compared to other cargo van offerings, the Nissan NV line surpasses them in cargo capacity and driver amenities. Although the NV2500 is far from being remotely considered luxurious, you can equip it with the same navigation/audio color LCD touch-screen head-unit found in the Nissan Rogue. Additionally, our NV2500 cargo van featured cruise control and Bluetooth all accessible by the distinguishing Nissan-passenger-car steering wheel buttons. 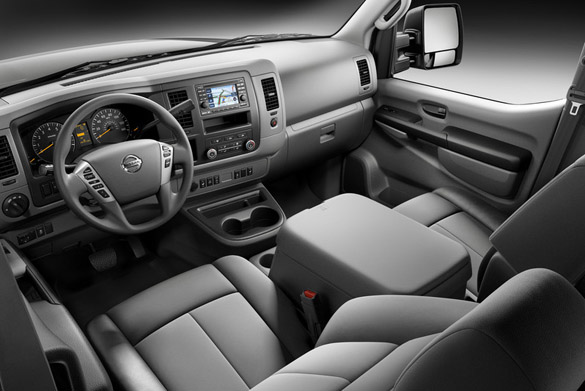 The new 2012 NV van line does not share much with the Titan other than its engine and 5-speed automatic transmission. With a unique body-on-frame design, the van rides somewhat firm but forgiving at times. The payload limit is maxed out at 3925 pounds while the Titan-power-sourced NV2500 can tow up to 7000 pounds. During my drive in the NV2500 a concern for roof height at certain drive-through areas was in the back of my mind but put to rest in knowing the Nissan van is not much higher than a Ford E-Series van.  However, opting for the high-roof NV van, with a total high of 105 inches, would bring about a concern at your local fast-food drive through. 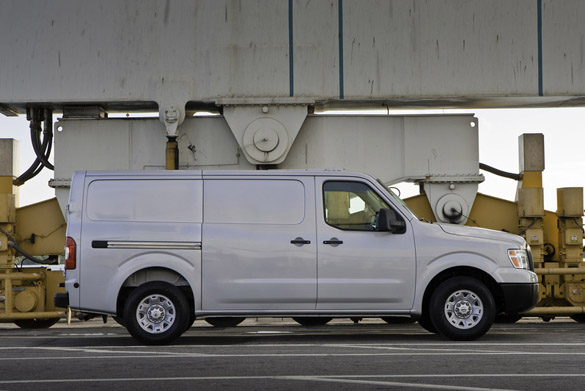 Drivability and driver’s comfort was nothing to jump up and down about but proved to be comfortable and quite manageable for long hauls. Due to the massive cargo area, the a/c needs to work over-time to keep the two front passengers cool during the summer Florida heat that we have. Acceleration for the NV2500 is decent and proved to have enough extra power to haul or tow just about anything that you could fit in the back. Although, with such a massive cargo bay, it looks as if you could fit a Smart For Two in the back with room to spare. 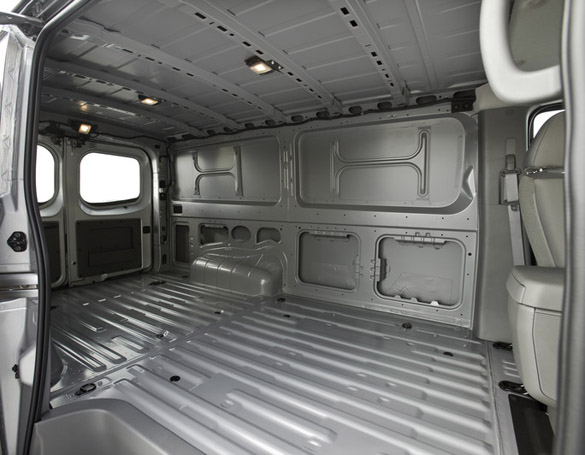 With the side areas lacking any windows, visibility is a cut down when searching your blind spot. A full passenger van version of the NV-line is available for those who wish to cart around upwards of 12 people in a 4-row configuration. Opting for the passenger version will add side windows to the equation. 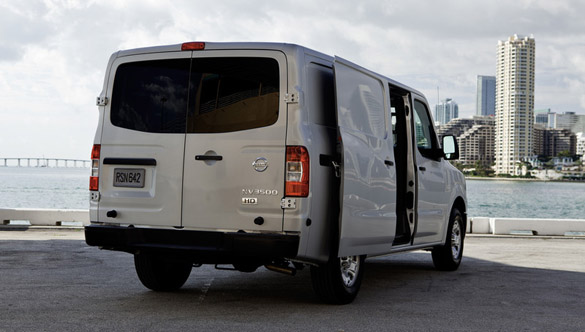 Fuel consumption from the V8 engine equipped NV2500 is averaged around 19 mpg for the highway with an empty cargo area. The EPA does not require ratings on vehicles with a gross vehicle weight rating (GVWR) above 8500 pounds. I logged 14.1 mpg during a combination of 60% highway and 40% city driving.

When it comes to a new generation of cargo vans large enough and powerful enough to handle just about any job, Nissan has conjured up the right formula with the NV-series. My 2012 Nissan NV2500 HD SV test vehicle starts at an MSRP of $27,650. A V6 NV1500 can be had for just $25,050 plus destination.