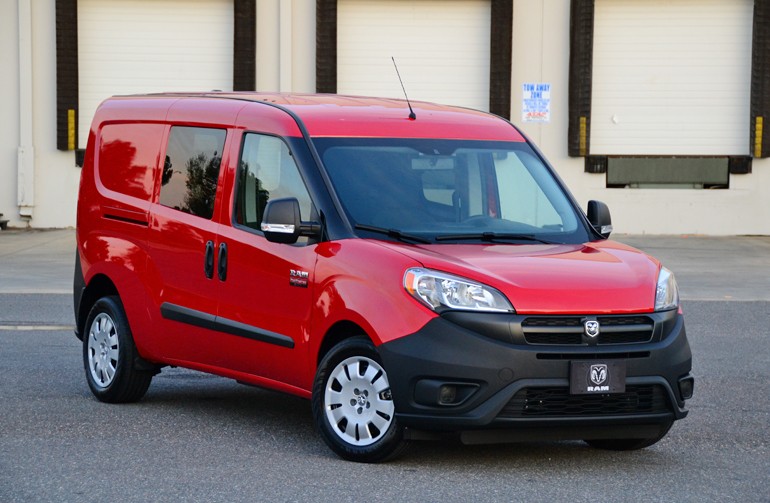 The small commercial van segment was once a misnomer here in the United States. Such vehicles were reserved and well known for their commercial duties overseas, properly aiding businesses with an economical alternative to transporting goods in a well-rounded and decently driving vehicle. Today, Ram has a new footprint in the trails that satisfy needs of commercial industries around local towns in the new ProMaster City, bringing some of the company’s newfound Italian roots to our shores. 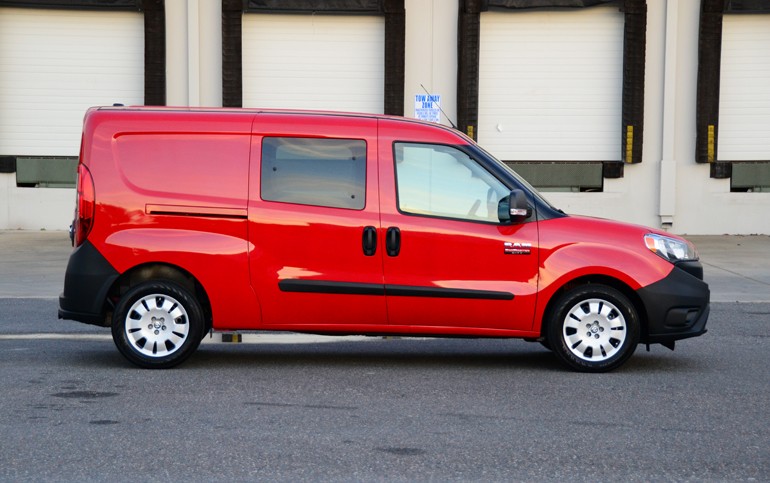 The 2015 Ram ProMaster City is a new entrant for the commercial van market joining the rankings of Nissan’s NV200, Chevy’s rebadged variation of the NV200, and Ford’s Transit Connect. With its uniquely tailored looks, the new Ram ProMaster City is a smaller variation of the ProMaster cargo van without much of a compromise in its ability to haul items and serve up comfort for its driver who can take joy in its car-like driving characteristics.

Ram has brought a new game with the European roots of its ProMaster city. It has several best-in-class offerings, such as max payload at 1,883 pounds, cargo volume at 131.7 cubic feet, cargo area width above the wheel wells at just over 60 inches, the widest floor above the wheel wells at 48.4 inches and ties the Ford Transit Connect’s horsepower rating at 178 hp. 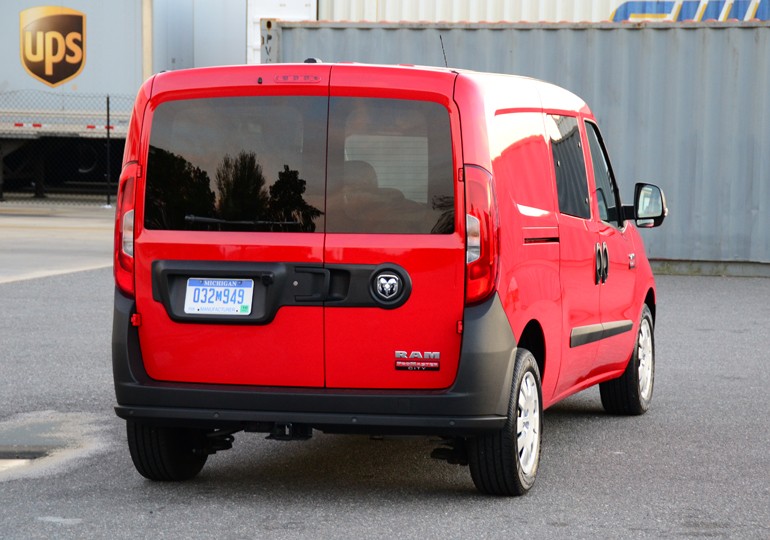 The versatility of the Ram ProMaster City is worthy of a mention whereas my test vehicle came equipped with a 5-passenger “Wagon” setup featuring a rear split-folding bench. With the bench taking up some of the cavernous cargo space, there is still the option of folding the bench down only compromising space with the bulk of a folded bench. Use of the bench is usually followed with complaints due to limited legroom. Otherwise, the bench is a quick alternative to toting around a couple extra passengers to help load or unload your cargo in the back. The Tradesman variant of the ProMaster City deletes the rear bench in place of added cargo space. 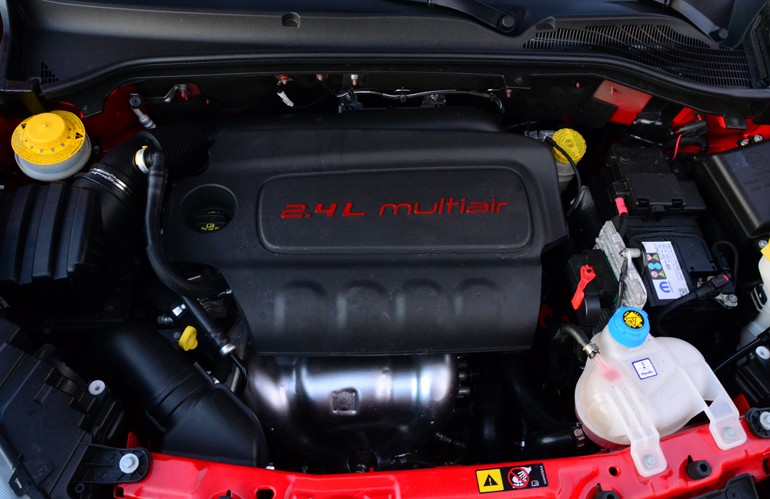 The driving character of the new Ram ProMaster City is somewhat unexpected, in a good way. The 178-horsepower and 174 lb-ft of torque 2.4-liter 4-cylinder engine mated to a 9-speed automatic transmission is a quite efficient and zippy combination. The familiar powertrain from Chrysler, usually touted as the Tigershark Multiair engine found in the all-new Chrysler 200 midsized sedan, finds a welcomed placement in such a big vehicle that deserves to tote around gear weighing in over 1,800 pounds. In my time with the ProMaster City I have no doubts in the powertrian being more than sufficient for such duties. 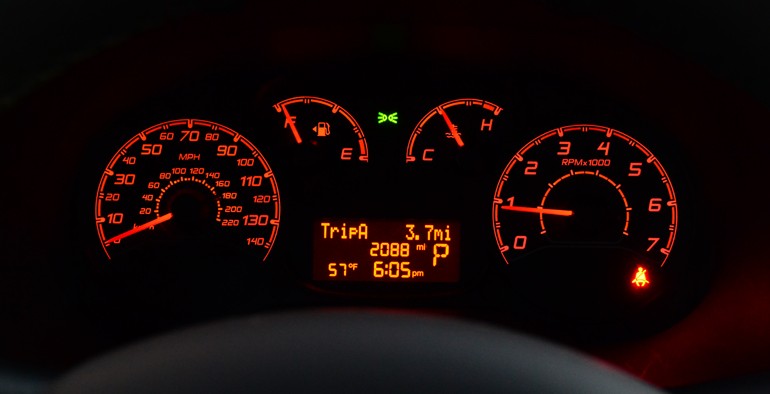 Moreover, the engine and transmission are rather efficient nailing the EPA estimated 21 mpg city, 29 mpg highway and 24 mpg combined figures during my test. The extremely tall 9th gear seems to be the after-mentioned overdrive as the ECU only enables the cog under light loads cruising at interstate speeds. 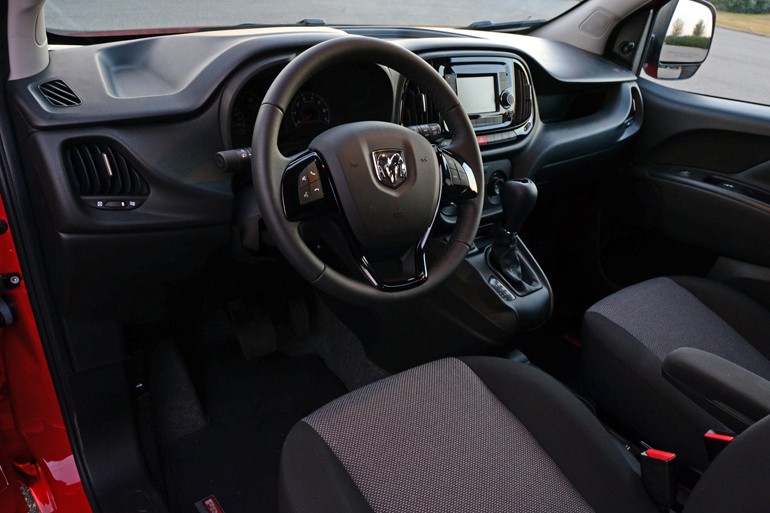 Power delivery throughout the band is meaty and gives you assurance of zipping through traffic even if onlookers think you are going to be the slowest thing on the road. Zero to 60 mph time, if anyone really wants to know, takes about 9 seconds, still a decent figure for this class of a commercial vehicle. The braking system of the Ram ProMaster City seems adequate. From the light pedal feel the system is highly-boosted with no noticeable fade after a few repeated stops from highway speeds for assurance of bringing things to a stop even with a decently-sized load in the back. 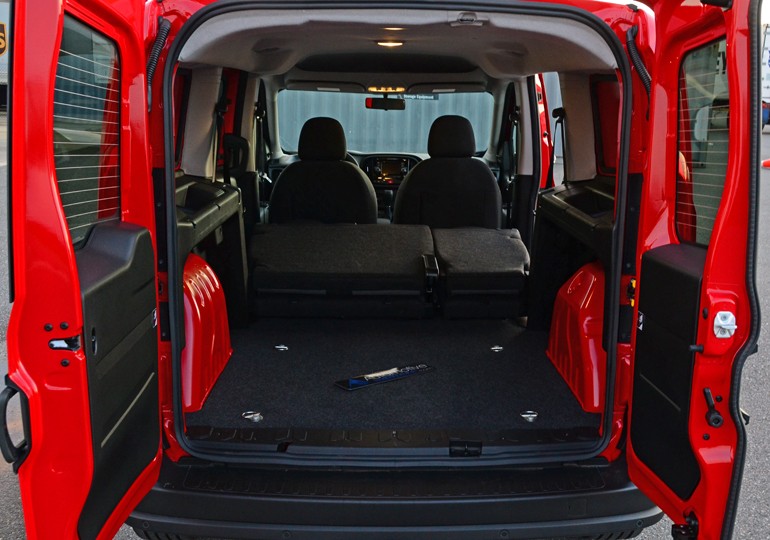 The other pertinent elements of the new 2015 Ram ProMaster City remain to be its conformity in drivability and driver comfort. The interior of the ProMaster City is chalk full of dull and hard plastics that seem to have the long-lasting durability to withstand all that you would throw at a small commercial van. Seating positions up front are high but not overly elevated to the point where you feel as if you are driving a small bus. Finding a comfortable position while seated in the highly padded cloth seats and in front of the tilt/telescoping steering wheel is relatively simple. Many of the control sets are borrowed from the Fiat vehicle lineup, in addition to the smaller 5-inch touch-screen Uconnect infotainment unit with a GPS navigation unit powered by TomTom. The essential audio input interfaces are also included, such as a USB port, Auxiliary jack, and Bluetooth audio streaming. 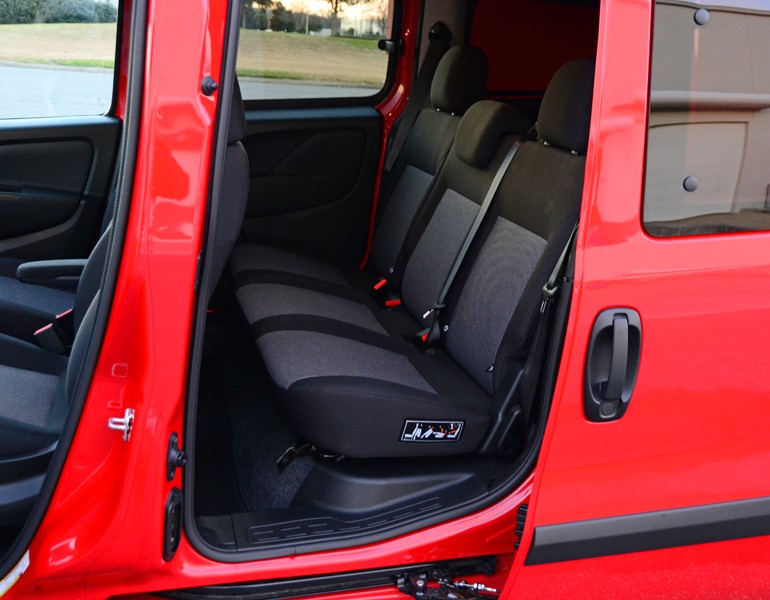 Getting to the bottom line of value, the 2015 Ram ProMaster City falls in line with its competition having a starting price of 24,130. My new Ram ProMaster City with the addition of a few options, such as the Uconnect 5.0 system, backup camera, trailer tow group, rear wiper/washer and upgraded wheels, comes to an as-tested $27,185.