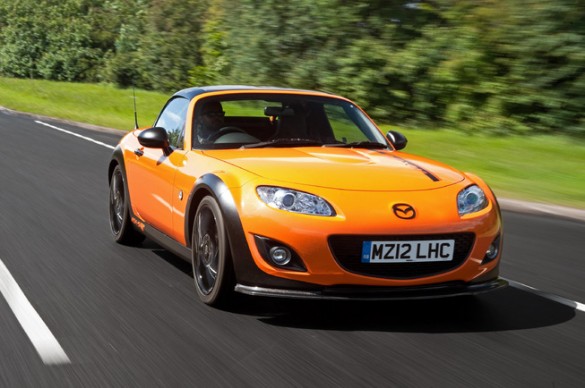 For years, the Mazda MX-5 has been the undisputed low-buck performance king, but the new Scion FR-S and Subaru BRZ now threaten to snatch that particular crown away from Mazda. While the Scion and Subaru are a bit heavier than the Mazda, they also have the benefit of making 200 horsepower, compared to the MX-5’s 167 horsepower.

The current Mazda MX-5 is approaching the end of its product life, too, which means that the automaker is hesitant to invest money in a model about to be replaced. That doesn’t mean it can’t crank out a special edition, as demonstrated by the MX-5 GT Concept to be shown at this weekend’s Goodwood Festival of Speed. 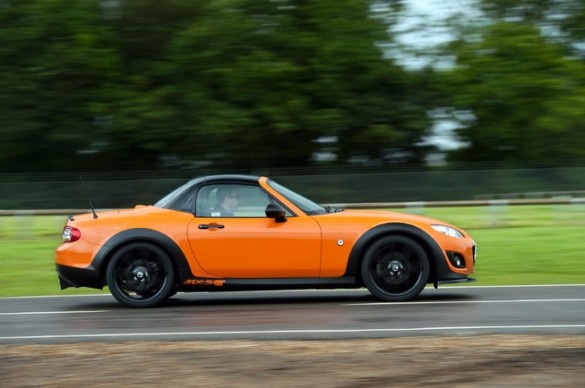 Aside from the Halloween-themed orange and black paint job, the MX-5 GT Concept gets a Scion FR-S/Subaru BRZ-fighting boost to 205 horsepower, courtesy of intake, exhaust and ECU mods. There’s a lower ride height, courtesy of an adjustable suspension, and the concept wears larger wheels with (barely) road-legal tires. 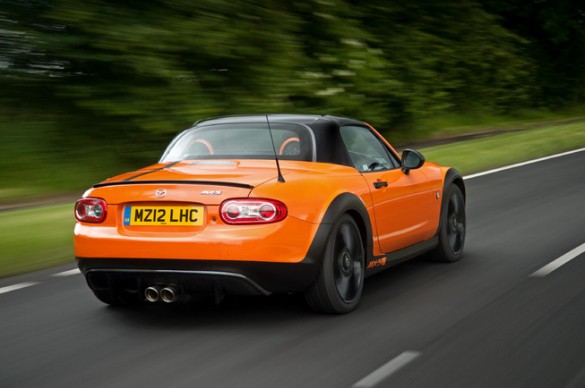 Inside, there are Recaro seats, plenty of carbon fiber trim and “roll hoops” sprayed in the body’s color. Mazda stops short of calling these competition approved, so our guess is that the roll hoops are meant more as a style element than as safety gear.

Mazda is interested in customer feedback about this effort, which means that a limited-production run (likely for the U.K. only) is a possibility.