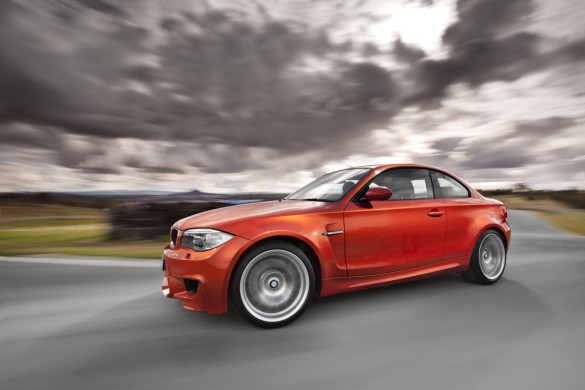 BMW has been a bit schizophrenic towards driving enthusiasts in the United States. First, it launches the 1 Series M, a car that BMW itself admits is aimed at the enthusiast driver on a budget. Next, it sets a base price well beyond the point of what we’d call “affordable,” then it announces the car will be limited production. Dealer price gouging ensues, and at the peak of the madness one California dealership was asking approximately double the sticker price, since the 1 Series M was “destined to be collectible.”

Then, BMW launches a line of M Performance diesels, like the M550d xDrive, followed by the stunning M135i hatchback shown in April. Just as we’re ready to march on down to our BMW dealership with a deposit check in hand, BMW says, “silly rabbit, hatchbacks are for Euros.” Once again, those of us on this side of the pond lose, except for a vague promise that BMW will bring in a coupe to replace the 1-Series M.

That car, according to Autoweek, will be the M235i, which will also have the distinction of being the first M Performance car sold in the United States. Like the 1 Series M, it will be a coupe, and power will come from a version of BMW’s N55 turbocharged in-line six. Expect to see a minimum of 316 horsepower, and expect the M235i to come with the buyer’s choice of a six-speed manual or a seven-speed dual-clutch gearbox.

The car should make its debut at the Detroit Auto Show in 2014, with a convertible version following later the same year. Pricing is still a long way from being set, but expect BMW to build enough copies to satisfy demand this time around. That won’t lower the MSRP, but ready availability should keep dealer price gouging under control.