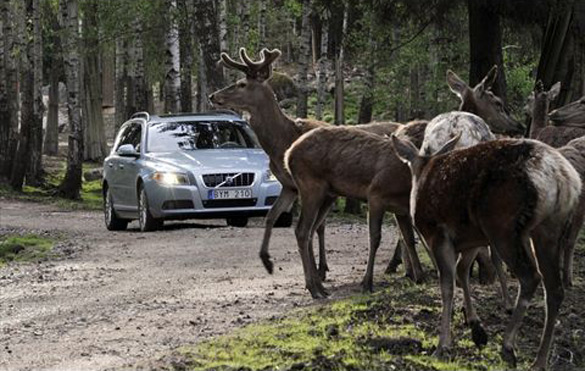 Let’s face the fact that it is only a matter of time before we are sold cars that drive themselves. Basically, you will no longer think that the movie iRobot or even Knight Rider was far-fetched. Volvo, who naturally tends to be at the forefront of automotive safety, is set to roll out three new innovative safety systems.

The first new safety feature, a semi-autonomous driving system, will use camera and radar sensors to follow the vehicle ahead automatically controlling acceleration, braking and steering at low speeds. Think of this as the ‘new cruise control’.

The next system to come out of the Swedish automaker is an Intersection Support system, which will automatically brake when a collision could occur at an intersection. Volvo describes it as a situation “When the light turns green, one car after another turns left. Suddenly an oncoming car drives through the red light – and creates an immediate danger. In this situation, the turning car automatically brakes to avoid a collision.”

The last safety feature Volvo plans to introduce is an animal detection system to help prevent collisions with wild animals such as deer and elk. The system is based off of Volvo’s current pedestrian protection technology where it will automatically brake the vehicle when an impact with an animal may occur.

With technology literally taking a driver’s seat in today’s automobiles, pretty soon we may be able to text and ‘ride’ while behind the wheel. Of course we hope things don’t get to this point… God forbid if a microchip burns out and the driver has to react and take over the driving function to avoid a deadly crash. Hit up the videos from Volvo below for demonstrations of the three new safety systems.