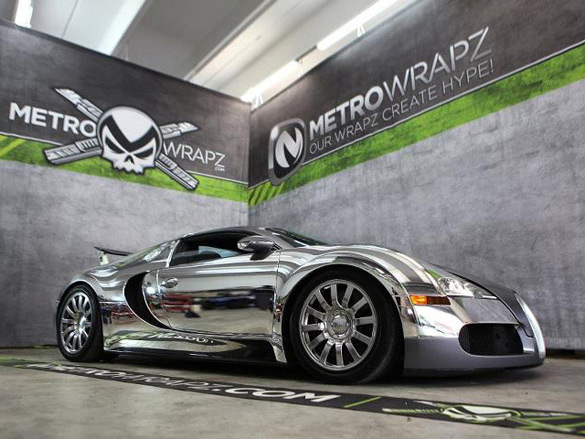 From Justin Bieber, to Snoop Dog, many of us car enthusiasts have seen these music stars pimp-out their cars with flashy modifications. After-all, they are entertainers and what else would we expect from them? The latest entertainer to go the way of ‘flashy’ when it comes to their ride is Flo Rida. Flo Rida, known for topping the charts with his music, took his Bugatti Veyron in to get wrapped in chrome in a tasteful manor. 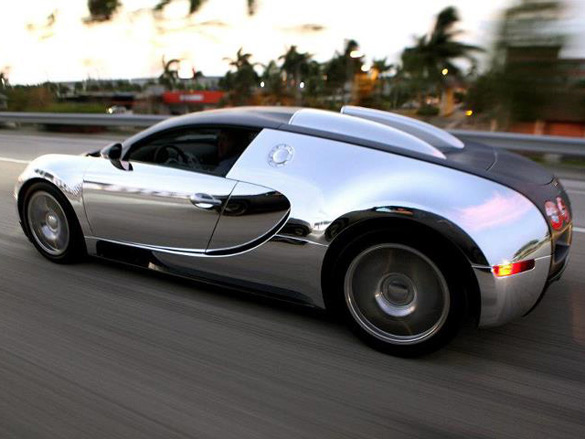 Wrapping cars, for obvious reasons, is the new thing to do when modifying your vehicle instead of slapping a coat of paint on it. You already know what the new Veyron is all about and have seen previous images of Chromed-out Veyrons. 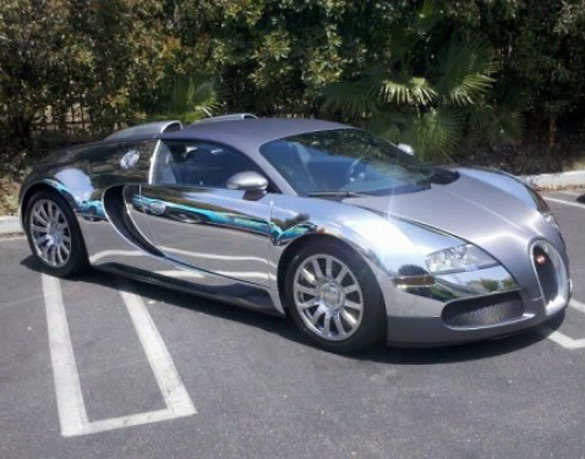 Flo Rida, born as Tramar Dillard, has had his 2008 Bugatti Veyron for some time now but has just recently taken it to Metro Wrapz in Hollywood, FL for a custom Chrome wrap. Now his Veyron really is one of the ‘Wild Ones’. Hit up the jump below to check out an exclusive video of the freshly wrapped Veyron.