Driving 101: Do I REALLY Need To Use Premium Gas? 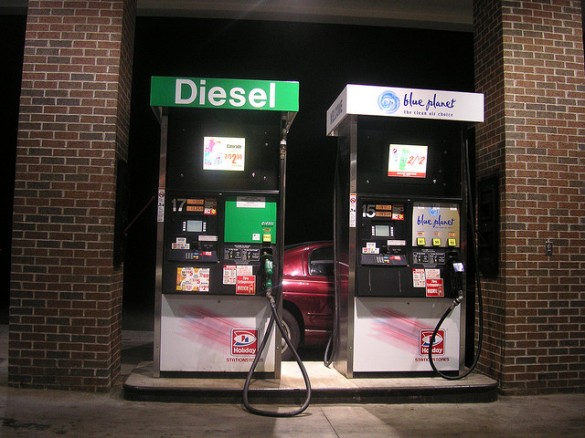 Buying a new car these days is an incredibly expensive proposition, and the costs hardly stop when you pay off the car. Low profile tires on big wheels may look cool, but they’re also incredibly expensive to replace (at least if you purchase the kind of performance-oriented rubber your car was designed for). Opt for high-end carbon ceramic brakes, and replacement pads and rotors will likely cost in the thousands of dollars. Even fueling your car on a regular basis can be expensive if the manufacturer recommends premium gas for best performance.

One of the questions we get asked on a regular basis is “does it matter what grade of gas I put in my car?” The short form answer is “yes,” but how much it matters is determined by a lot of different factors. In some cases, your penalty will simply be reduced performance, but in other cases you risk detonation, which in extreme cases can destroy your engine. In any event. a car designed for premium fuel won’t run as well on regular, and will likely consume more of the cheap stuff, reducing your perceived savings.

Regular gas, believe it or not, is more combustible than premium gas, and it burns quicker. Engines that support the use of regular unleaded fuel typically have lower compression ratios, and don’t rely on turbocharging or supercharging to make power. In other words, engines designed to run on regular unleaded fuel tend to be stuffed in economy cars and mainstream sedans that don’t need to make a lot of power.

Modern engines often use specially shaped combustion chambers, high compression ratios, gasoline direct injection and forced induction to ensure a complete (and cleaner) burn of fuel, and produce more power from a smaller displacement. The end result is that the engine runs best on gasoline that won’t ignite before it’s suppose to, a condition called “preignition” or “detonation.” From inside the car, you’ll hear this as knock in the engine, and knock is a very, very bad thing.

The quick explanation is this: fuel vapor in the combustion chamber is igniting before it’s suppose to, likely before the compression stroke is through. Instead of the explosion happening when the piston reaches top dead center, it’s happening when the piston is still moving upwards. The net result can be catastrophic engine damage, which is why modern engines are equipped with knock sensors to detect and correct for this. When these sensors detect preignition, timing is set back until preignition is no longer a threat; the down side is that engine output is reduced, too, meaning your car doesn’t make the horsepower and torque it’s supposed to.

Under normal driving conditions. knock sensors can generally compensate for using regular gas in a vehicle designed for premium. Under more severe conditions, such as towing, mountain driving, extreme heat or a combination of these factors, knock sensors may not be able to retard timing enough to prevent engine damage.

Manufacturers are aware of this, which is why they rate their vehicles accordingly. If you see “Premium Fuel Required” in your owners manual, our suggestion is that you follow this to the letter and fill your car only with premium fuel. On the other hand, if your manual says “Premium Fuel Recommended,” you can likely get away with a tank of the cheap stuff as long as you’re willing to sacrifice fuel economy and performance. We still wouldn’t recommend it, but it’s unlikely you’ll face any severe consequences.

If the difference in price between a tank full of premium gas and a tank full of regular gas is going to break the bank for you, our suggestion is simple: buy another vehicle that doesn’t require premium fuel. On the other hand, we believe in getting all the horsepower we pay for, so all of our vehicles that specify premium get filled with it, each and every time.