Irony: Man Texts Of Texting While Driving Danger, Before Driving Off Bridge 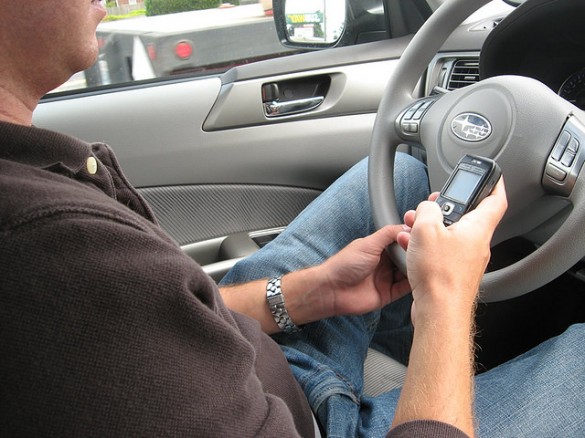 No matter how many time we’re told that texting while driving is a bad idea, many drivers simply can’t break themselves of the habit. A Texas man learned firsthand of the risks involved, and his inattention behind the wheel nearly cost him his life.

WLBT reports that Chance Bothe, a college student, was texting while driving near Huntsville, Alabama. Aware of the danger involved, Bothe’s final text was “I need to quit texting, because I could die in a car accident.” Seconds after sending the text, Bothe’s truck jumped a bridge railing and landed in a ravine below.

The accident was severe, and Bothe suffered a broken neck, broken bones in his face, a skull fracture and serious brain injuries. The Texas man nearly died on the operating table on three separate occasions, but doctors fought hard to keep him alive.

Six months after the accident, Bothe is on his way to making a full recovery, and may be the world’s most outspoken critic of texting while driving. Of the practice, Bothe said, “Don’t do it. It’s not worth losing your life.” Bothe had his moment of clarity at his grandmother’s funeral, thinking , “I’m surprised that’s not me up in that casket. I came very close to that, to being gone forever.”