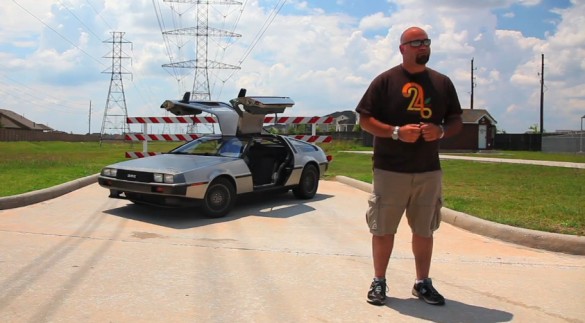 If you’re a fan of the Drive Channel’s “Tuned,” starring Matt Farah, you know this: the Delorean is the great white whale to Matt’s Captain Ahab. Try though he might, Matt has never been able to drive what he considers a “satisfying” Delorean. That’s all the more frustrating since he blames the original Delorean for sparking his lifelong car jones.

Deloreans were good to look at, but not much to drive. Their Volvo-sourced engines only produced around 130 horsepower in U.S trim, which didn’t provide a lot of thrust for the 2,700 pound car. Had production lasted longer than two years, it’s entirely possible that more performance-oriented cars would have been offered. Sadly, by the end of 1982, the Delorean factory in Dunmurry, Ireland was shuttered.

Enter Stephen Wynn, who purchased the leftover Delorean parts from the bankrupt company and started DMC in 1995. Originally a parts supplier for Delorean owners, DMC began producing updated versions of the Delorean for sale in 2008. Its latest endeavor is an all-electric version of the Delorean, which it hopes to bring to market in 2013.

The production version of the electric Delorean will come with a 260 horsepower AC electric motor and enough lithium-ion phosphate battery power to give it (up to) a 200 mile range. The motor will also be good for 360 pound-feet of torque, which is enough to yield a 0-60 time of under five seconds. Top speed is said to be over 100 mph, but we suppose that’s limited by the car’s lack of gearing.

Matt seemed to like the prototype driven, although it was clear that A/C is a requirement for filming in Houston in the summer. We would have liked a bit more video on how the car handled, but it’s important to keep in mind that one-of-a-kind prototypes aren’t meant to be pushed to the limit.

Look for a starting price in the $95,000 range when the electric Delorean hits the market. Want more info? You’ll find it on the DMC website.