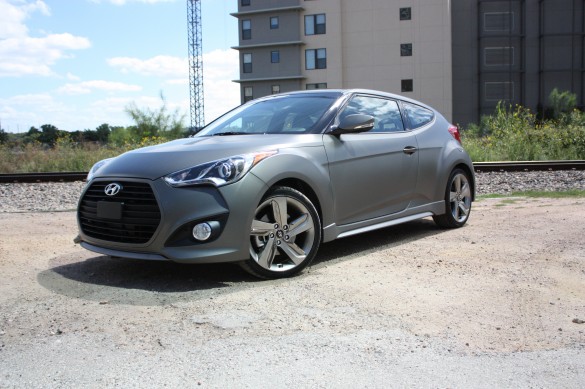 The weak link of any car with sporting intentions, generally speaking, is the tires that it’s saddled with from the factory. When you think like an automaker, this makes sense – adding stickier rubber costs significantly more that cheaper tires purchased in the thousands, and then there’s the issue of customer satisfaction to deal with.

Early Acura NSX buyers filed suit against Honda when they realized that the stock high-performance tries on the NSX only delivered around 10,000 miles of tread life. Since then, manufacturers have shied away from giving us the good stuff, unless its sold in an add-on “summer tire” package.

According to Autoblog, Hyundai will soon offer up a summer tire package for its sporty Veloster. The word comes from none other than John Krafcik, Hyundai Motor America’s President and CEO, who insists that stickier rubber has been in the planning stages for Veloster since the car was released.

For an additional $1,200, Hyundai will sell you a set of Michelin Pilot Super Sport tires (as long as you have the 18-inch wheels), which are capable of 0.94 gs of lateral acceleration, compared to 0.82 gs from the base Kumho Solus tires. Stopping distance on dry pavement is cut from 135 feet at 60 mph to 121 feet, which is probably the best way to sell your significant other on the idea. If you need more justification, consider this: Michelin Pilot Super Sport tires are what we run on our own cars at Automotive Addicts.