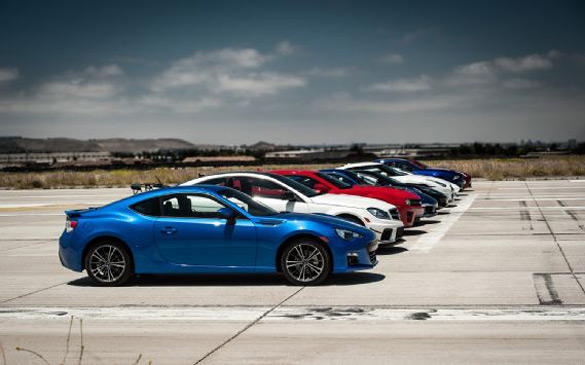 You may remember the ‘World’s Greatest Drag Race’ from last year, where Motor Trend pitted some of the hottest performance cars around against each other in a full quarter-mile sprint. This year, fresh off the heels of Motor Trend’s ‘2012 Best Driver’s Car shindig, they take their new round of vehicles for a mad dash.

Godzilla fans will be disappointed to see their famed GT-R get dethroned this year. Although, I am sure many of you may disagree with the results and ask yourself; who the hell is driving those cars? With the poor ol’ Subaru BRZ, not even the best race car driver could make anything magic happen in that car. Though, it did get a good launch and finishes the race with some ‘style’. Maybe next time they can throw in a Nissan Leaf against the Pagani Huayra, Koenigsegg Agera R and a Ferrari just for kicks. Hit up the World’s Greatest Drag Race Part 2 video below and enjoy!