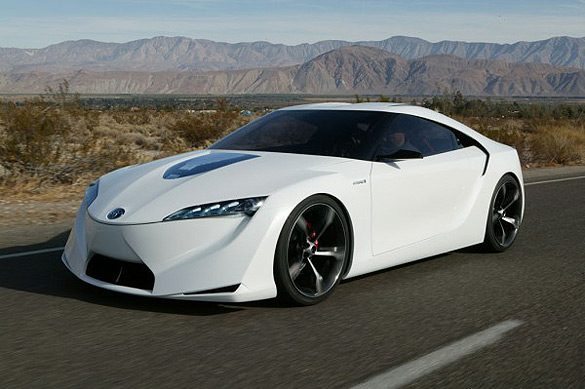 The infamous ‘return of the Toyota Supra’ rumor’s beaten corpse has somehow turned up once again to receive blows across its heavily deteriorated left-over skull. The most recent news to come out of the media-o-sphere, is that the Toyota Supra will return and will NOT be a hybrid, according to Top Gear who recently spoke to Scion FR-S chief engineer Tetsuya Tada.

The return of the Supra is bound to happen. Even though the Supra rumor mill has spun a bearing or two in the recent years, it tends to get resurrected with a fresh set of forged pistons and connecting rods every-so-often.

During Top Gear’s interview with Tada, he mentions his “next sports car” he wants “to make a big… ‘wow’.” He also concluded that he wants “to give the world a shock” and ”rear-engined, rear-driven cars – and even mid-ship designs – are OK. But if you want to make an enjoyable sports car, it should be front-engined, rear-drive.” Tada is also adamant that the next sports car will use a pure gasoline drivetrain, potentially debunking the idea for a hybrid.

It is conceivable that Toyota has interest in sparking excitement among car enthusiasts around the world, especially after the conception of the FR-S/BRZ. Even though they had Subaru’s help with the FR-S, Toyota remains well-capable of introducing a ‘wow-factor’ sports car. Only this time, as suggested by sources, the new Supra could be a joint venture with BMW based off of their 6 Series. Let the games begin!