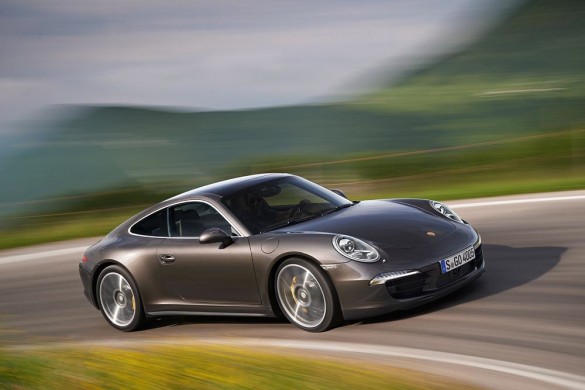 As with previous Carrera 4 models, torque is biased to the rear wheels to provide more of the traditional Porsche 911 handling balance. The Carrera 4 models continue to sport a wider stance, with the rear track extended by 22 mm (0.87 inches) to accommodate rear tires that are 10 mm wider than on rear-drive 911 Carrera models. 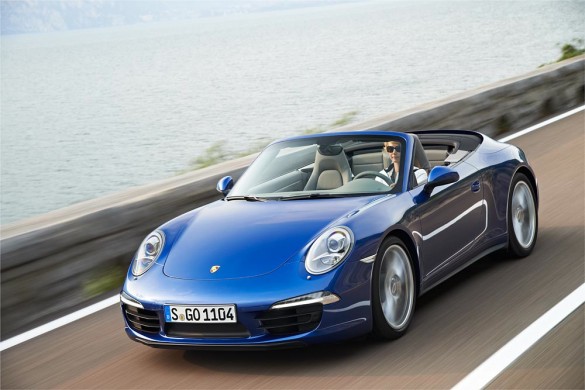 Carrera 4 Coupe and Cabriolet models get a 3.4-liter flat-six engine rated at 350 horsepower and 287 pound-feet of torque. Available with either a seven-speed manual transmission or Porsche’s dual-clutch PDK automatic, Carrera 4 Coupes can run from 0-60 mph in as little as 4.5 seconds, with the Cabriolet taking 4.7 seconds to hit the same speed. 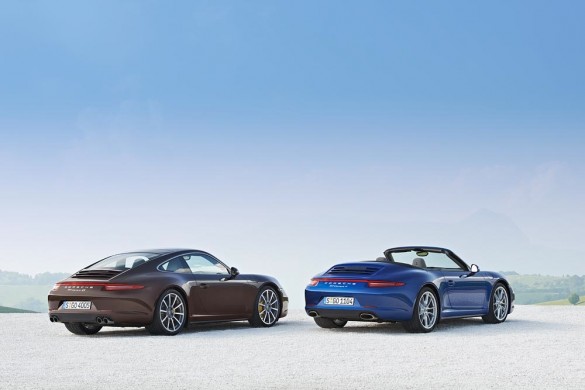 If that’s not fast enough for you, stepping up to the Carrera 4 S gets you a 3.8-liter flat-six, rated at 400 horsepower and 325 pound-feet of torque. The same gearboxes are available, and Carrera S Coupes can do the 0-60 mph run in as little as 4.1 seconds (or 4.3 seconds, if you prefer the Cabriolet). 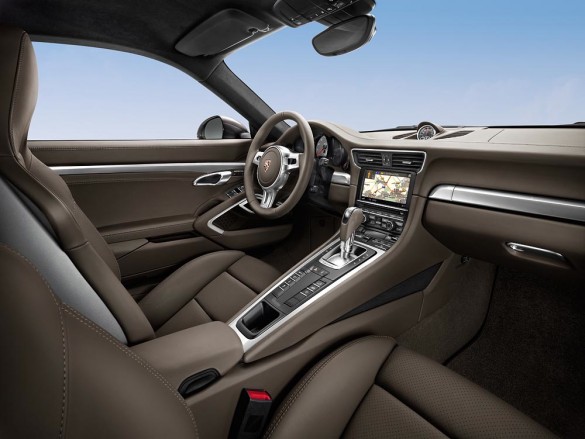 The previous generation of the Carrera 4 accounted for 34-percent of Porsche’s 911 sales, and the German automaker expects similar results with this new generation. Look for the cars to officially debut at the upcoming Paris Auto Show, with inventory hitting European dealers by year-end. Pricing for the United States will be announced closer to launch.