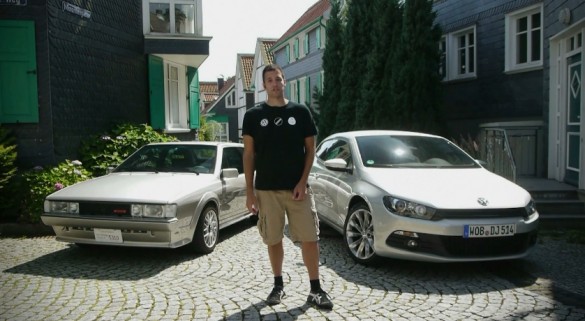 If you’re of a certain age, owning a Volkswagen Scirocco was almost a rite of passage into the world of (relatively) fast and nimble front-drivers. From 1976 through 1988, the Scirocco was generally the most entertaining car that Volkswagen sold, and the impressive handling of later versions made them extremely competitive in club racing and autocross.

The Scirocco was replaced by the Corrado in 1992, and that particular car never lived up to the promise of its ancestors. In 2008, Volkswagen launched an all-new Scirocco coupe, but sadly the car was not intended for U.S. consumption. It was too close in design to the GTI, said VW executives, and therefore wouldn’t sell in quantities necessary to make it profitable.

The new Scirocco that’s sold in much of the world comes with a variety of engines, ranging from a 1.4-liter turbocharged four-cylinder good for just 120 horsepower all the way up to a 2.0-liter turbo four rated at 261 horsepower. There are diesel versions, too, which makes the Scirocco as frugal as it is fun to drive.

In the latest episode of Head 2 Head, we get to witness an interesting throw-down between a 1987 VW Scirocco, upgraded to a 2.0-liter four making 175 horsepower, and a 2012 VW Scirocco equipped with a 1.4-liter twincharged four rated at 160 horsepower. Thanks to mandated safety features, the new car is some 600 pounds heavier than the previous version, but does that mean it’s any slower?

We won’t spoil the outcome, but if you’ve previously owned a Scirocco, you’ll enjoy this video. As for us, we’re fighting the urge to start shopping for a late 1980s Scirocco on Craigslist.