Next Mazda MX-5 To Make More With Less 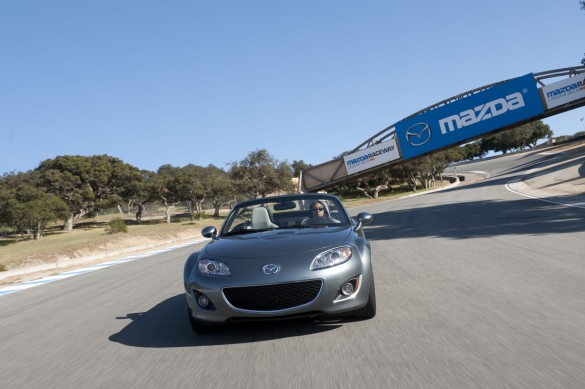 We’re still about two years away from the introduction of the next Mazda MX-5 Miata, which means it’s about time to crank up the rumor machine. We know for a fact that Mazda will build the next Alfa Romeo Spider on the MX-5’s platform, under contract to Fiat. We also know (or strongly suspect, based on information from Mazda) that the next MX-5 will have a target weight of just 1,000 kilograms, or 2,200 pounds. That puts it in the ballpark of the original 1989 version, which was significantly smaller than today’s MX-5. Expect the next car to be downsized as well, probably close to the dimensions of the original.

Now, WhatCar (via Left Lane News) is reporting that the next MX-5 will have a level of personalization on par with the MINI Cooper, in order to “help a customer’s relationship with the car,” in the words of Mazda designer Akira Tamatani. Thrust will reportedly come from a 1.3-liter turbocharged four-cylinder, expected to produce around 200 horsepower. There are no torque figures to speculate on just yet, but we certainly hope that the small-displacement, forced-induction engine will match (or beat) today’s 140 pound-feet of torque.

If you think the next Mazda MX-5 is going soft, don’t despair: word is that a stripped-down super-light version, aimed at autocrossers and track-day junkies, is also in the works.