Development Delays May Push Back Alfa Romeo’s Return To The U.S. Market 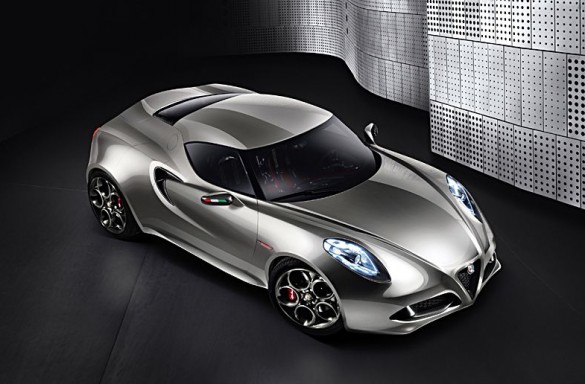 If you’ve been counting down the days until you could walk into a Fiat dealer and drive out in an Alfa Romeo 4C or Giulia, we’ve got some bad news for you: your wait just got a bit longer, although we won’t know specific details until the end of October.

Per Automotive News (subscription required), that’s when Fiat-Chrysler head Sergio Marchionne is expected to release a new timeline for the relaunch of the Alfa Romeo brand in the United States. Development delays have almost certainly pushed back the introduction of the 4C and Giulia, as well as a mid-sized SUV to be developed from the new Jeep Liberty platform.

Initial deliveries of the 4C, originally expected by the end of 2012, likely won’t occur until late in 2013, as the production version of the car isn’t expected to debut before January’s Detroit Auto Show. Details are scarce on the midsize Giulia sedan and wagon, but it’s known that several designs have been shot down by Marchionne, delaying the development process.

We’re not sure that’s a bad thing, since getting Alfa Romeo’s products right before introducing them to the United States is critical to the brand’s success. Whether a mainstream launch happens in 2013 or 2014 is academic, but buyer’s won’t forgive bland products or marginal build quality.

Longer term, Alfa Romeo will launch a revised front-engine, rear-drive Spider roadster in 2015, built on the next-generation Mazda Miata platform. While assembly will take place in Mazda’s Hiroshima, Japan assembly plant, power for the open-air Alfa is expected to come from a version of the turbocharged 1.8-liter four-cylinder used in the 4C. That should be good for around 200 horsepower, in a car expected to weigh in at around 2,200 pounds. In other words, we expect the Spider to be an Alfa worth waiting for.