Alex Roy Brings You The 24 Minutes Of Paris: Video 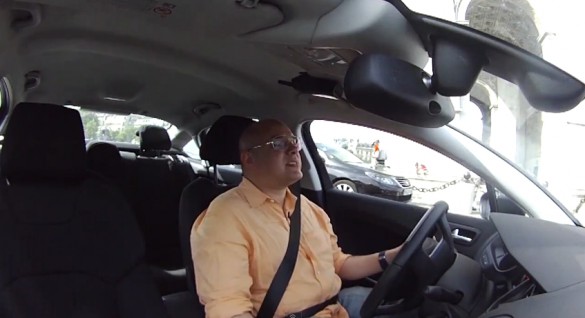 Alex Roy demonstrates how to curse in French

If you don’t know the name Alex Roy, you should. His feats of high-speed endurance driving are the stuff of legend, and he’s known to many as the leader of Team Polizei of Gumball and Bullrun Rally fame. He holds the record for the fastest semi-official run from New York to Los Angeles (32 hours, 7 minutes), yet enjoys a perfect safety record on the events he runs. To Roy, meticulous planning for the event is as important as the event itself.

If you know the short film titled C’était un Rendezvous, you know what a high-speed run through the streets of Paris looks like (if you don’t know the film, you should watch it – it’s fantastik). Roy’s latest endeavor is like “Rendezvous” in spirit, but much, much slower and, oddly, entirely legal. Instead of terrorizing the early morning streets of the city at triple-digit speeds, Roy’s latest effort involves lapping the Arc de Triomphe as many times as he can over 24 minutes.

If you think this is no big deal, you’ve never seen or driven in Paris traffic. As far as risk goes, we’d equate this to a lap of the Nürburgring in a Porsche 930, in the rain, on slick tires, while tripping on LSD. While speed isn’t a factor, the constant danger of collision with trucks, busses and inattentive drivers is what makes our sphincters pucker.

Roy’s record now stands at 6.2 kilometers in 24 minutes. We’re not going to attempt to beat that anytime soon, but we’re pretty sure someone will.