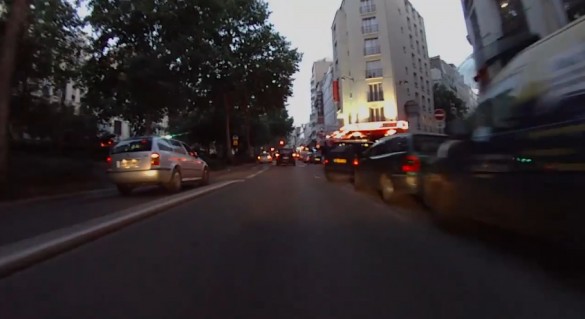 If you’ve never seen Claude Lelouch’s C’etait un Rendezvous, stop what you’re doing now and search for it on YouTube. It’s not that we’re too lazy to post a link (like this one), it’s just that links seem to come and go with regularity, as the owners of the film generally ask posters to take it down. Rendezvous is some eight minutes of high-speed running through the early-morning streets of Paris, filmed without regard to traffic laws. For everyone besides Alex Roy and Claude Lelouch, it remains our biggest automotive fantasy.

In the latest Live and Let Drive video, Alex Roy takes us through the events of that August morning in 1976. In the film, Lelouch was actually driving a Mercedes-Benz 450 SEL 6.9 with a three-speed automatic transmission; later, audio of his Ferrari 275 was dubbed in, though the most observant will point out that the audio doesn’t quite synch with the video. Why did Lelouch choose the Mercedes over his Ferrari? In the interests of cinematography, of course, since the Mercedes’ Hydramatic suspension yielded steadier footage.

As Roy points out, duplicating such a video would be nearly impossible today, as the streets of Paris have changed much over the past 36 years, and there are more pedestrians, even in the early morning hours. Still, for someone like Roy, the urge to give it a try would likely be too tempting, and we suspect there’s more to the story than Roy is willing to share. For now, anyway.