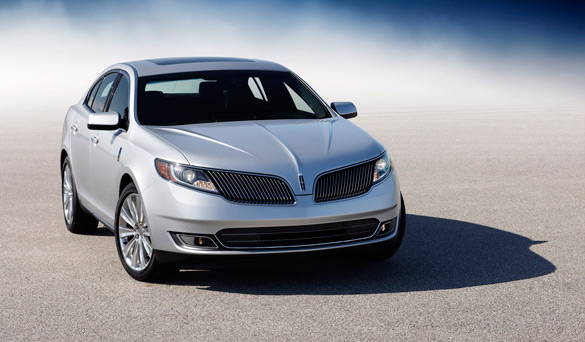 For 2013 the Lincoln MKS receives major updates in styling and refinement with a slight bump in fuel economy. In an effort to improve an identity within the Luxury car market, the all-new 2013 Lincoln MKS takes all of the embodied principals from the outgoing model and improves upon each one. The outcome is a much more elegant luxury sedan poised to compete.

My test drive of the new 2013 Lincoln MKS started with a drive from Miami to Jacksonville, FL. Having stepped out of a previous vehicle with much harder seats and stiff ride, the MKS was instantly a welcoming ride to put on the highway. 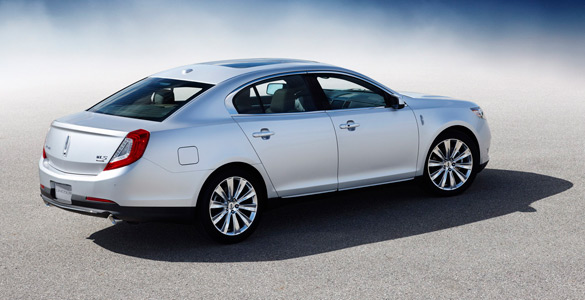 Being one of the few truly American luxury sedans on the market, the new MKS starts its life once again as somewhat of an underdog. With a sleeker look from the distinctive grill, almost resembling the teeth of a whale, is a unique characteristic to set the MKS apart from anything else on the road. Not to mention, the new design language of Lincoln tends to mimic the new whale-grill look throughout the lineup. Taking the sheetmetal design lines drawing back and then slightly up to what appears to be a high roofline, and then to the relatively raised rear end, makes for a smooth flow pleasing the eyes. Just like the great mass found in the Ford Taurus SHO, which uses virtually the same underpinnings as the MKS, gives the Lincoln a bold statement on the road and the driver the assurance of some substance under the hood. The redesigned rear end features contoured LED tail lamps and a new large decklid to improve access to the trunk. 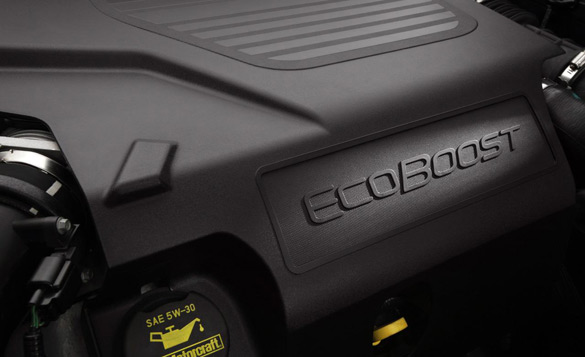 Speaking of substance under the hood, my 2013 Lincoln MKS was the EcoBoost all-wheel-drive trim featuring Ford’s 3.5-liter twin turbo direct injection V6 engine producing 365 horsepower and 350 lb-ft of torque. Fuel economy for the beefy V6 is 17 mpg city and 25 mpg highway. During my drive from Miami I saw a steady 24.5 mpg cruising just above the speed limit.

The MKS EcoBoost trim rides on 20-inch wheels, 19-inch wheels standard on the base 300 horsepower 3.7-liter V6 MKS trim (up from last year’s 273 hp), still provided a smooth ride. The ride quality was superb, thanks to the MKS EcoBoost’s computer controlled continuous dampers making instant adjustments to balance body roll and bounce. The dampers allowed a sport setting through the dashboard set of menus and could be set to access by placing the 6-speed automatic transmission into sport mode. The 6-speed transmission is well-adapted to the twin-turbo engine. It will even hold gears long enough for the turbos to spool up for optimal performance and efficiency under light acceleration conditions. Manual-shift paddles mounted on the steering wheel adds a bit of sport to the MKS, however, the transmission does a good enough job of proper up-shifts when needed especially when in sport mode.

Other performance and road-going characteristics of the new 2013 Lincoln MKS include its optional all-wheel-drive system, adaptive cruise control, a lane departure system and an overly sensitive Driver Alert drowsiness detection system. The lane departure system was enough to intrude on your driving style if you ever merge into another lane without using the signal. Basically, the MKS will nudge the steering wheel in the opposite direction once it sense you cross a lane (lane markings in the road). If you continue to cross the lane markings, the system will ever-so-politely vibrate the wheel, almost violently. I could see this being beneficial if you really were lacking your early morning dose of caffeine. The Driver Alert system, going off of driver steering and throttle inputs, sometimes mistakes your jerky reactions as a sign to alert you to “take a rest”. My drive from Miami involved several occasions of the system falsely telling me to “take a rest”. If you must know, I was already well awake and alert.

Driving the MKS near the limit does require some extra attention because it is prone to understeer easily, more than likely due to its 4,200 pound curb weight. Steering response and feedback don’t help either with a slightly mushy and numb feel. Although, this is somewhat expected from a large luxury sedan. 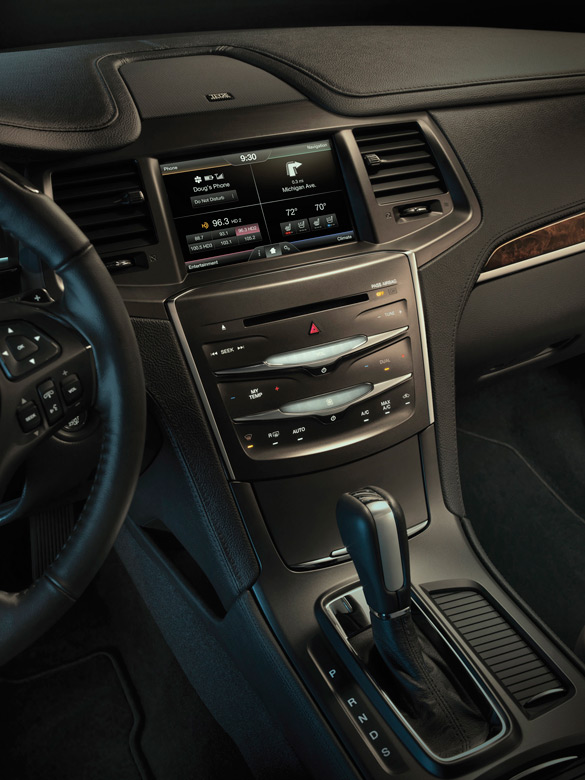 Lincoln has a level of pride in some of the new gadgetry in their vehicles. Just like Ford’s MyTouch system, Lincoln’s MyLincoln Touch with SYNC usually has a love-hate relationship with the driver and passengers. I found that the latest MYLincoln Touch system in the MKS, also mentioned in my review of the new Lincoln MKX, is not any worse than other infotainment and vehicle integration controls in other luxury vehicles. However, using the MyLincoln Touch system can turn into an aggravating situation at times. Some of the menu buttons do not respond as quickly as you would like on the center LCD screen, and is seldom prone to glitches preventing functions until you revisit the same task. Otherwise, the MyLincoln Touch LCD screen, dual dashboard menu readouts and the button-less touch-sensitive center-stack is a comprehensive system after you have been through 15 or so minutes of a learning curve. 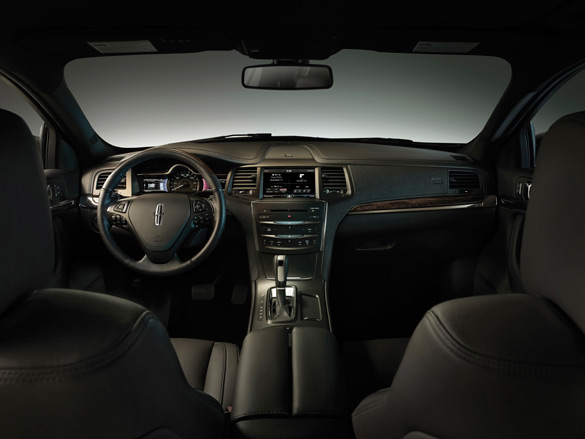 Interior space, including legroom and headroom, is plentiful in the new 2013 MKS. Cargo room and trunk space (18.4 cubic feet) is generous, too. The front seat positioning is much better in the MKS than what I found in the MKX crossover that I recently reviewed. The feeling of driving a big car is present when you first step into the MKS. Nevertheless, you get a sense of control once you start driving the new MKS, especially when you have the power of a V8 in a much more efficient force-fed V6 engine.

Rear seating area is plentiful where the seats are mounted a little high but have good support. The power rear sunshade and rear perforated leather outboard seating areas are quite inviting for rear seat passengers. 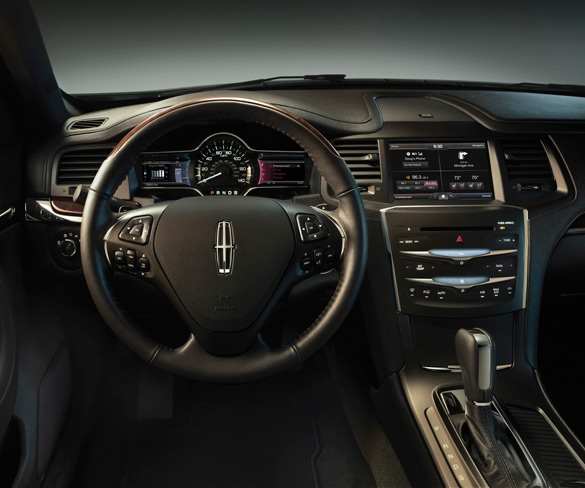 The dashboard is kept clean due to the MyLincoln touch-sensitive stack. Small wood trim, chrome accents and a stitched leather dashboard all add to the luxury appeal of the MKS’ interior. Even the power telescoping and heated leather steering wheel gets the top inlayed with a wood accent to accentuate the soft appeal of the interior. The MKS also gives the driver a lot of customization such as the ability to change the ambient LED lighting colors and adjust the pedals saved to the memory seat settings. One particular qualm, also found in other new Lincoln vehicles, is their new turn signal stalk. The stalk takes a bit of extra effort to access the turn signals where it will make you inadvertently access the high-beam headlights. Hopefully everyone forgave me for flashing my high-beams every time I prepared to take turn. I didn’t do it on purpose.

The all-new 2013 Lincoln MKS is a confident class contender that deserves a thorough look even if it is still playing catch up to the German likings of the Audi A6, BMW 5 Series and Mercedes-Benz E class. In the American spectrum of luxury sedans, the new Cadillac XTS would be a level-playing segment contender for the new MKS. 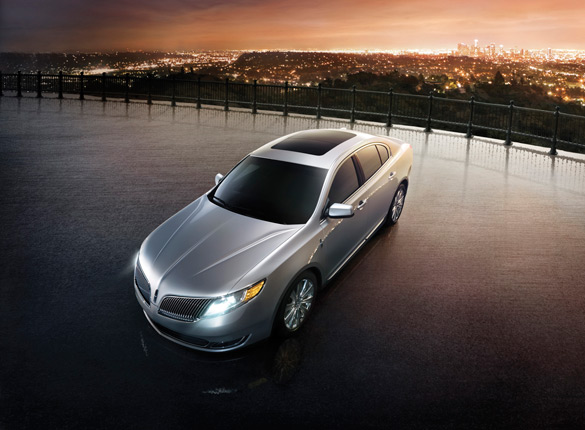 The new 2013 Lincoln MKS has a base starting price of $42,810 for the 3.7-liter V6 trim. My MKS EcoBoost trim adds another $5,000. Add full list of options found in my MKS EcoBoost trim with the all-wheel-drive system, elite package and about 6 additional standalone options and you will end up paying about $58,000.