Austin’s Circuit Of The Americas Gets FIA Approval 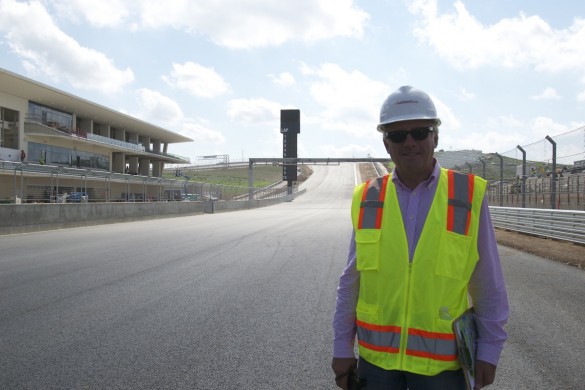 The final hurdle blocking the return of Formula One racing to the United States has been cleared: on Tuesday, FIA’s head of racing, safety and technical matters, Charlie Whiting, granted Austin, Texas’ Circuit of the Americas “Grade 1” status. That means the circuit meets or exceeds the standards of F1’s governing body, and the race scheduled for November 18 will proceed as planned.

Whiting was enthusiastic about the track, saying to Autoweek that, “Everything that I’ve seen so far has been absolutely first class, and the progress that’s been made since the last time I was here is amazing. It’s built to the highest quality, exactly as we expected, and I’ve got absolutely no complaints whatsoever.”

Whiting took the time to walk the length of the 3.4 mile circuit, inspecting the smoothness of the asphalt, the size of run-off areas, curbing, guard rails and safety fences. Permanent structures were inspected, too, and also received glowing reviews. All that remains to finish before the November race is painting and landscaping, and Whiting will be back on site for a final inspection the week before the event.

We flew over the circuit on a trip to Austin in July, and even we’re amazed at how much progress has been made in a few months. While the track may be good to go, Austin residents will tell you that a hotel room shortage could prove to be a problem, as will access to the track and parking at the facility. We won’t be attending this year’s race, but will certainly head to Austin in the future to watch F1 on U.S. soil.