Audi’s New A3 Sportback May Be Coming To The U.S. 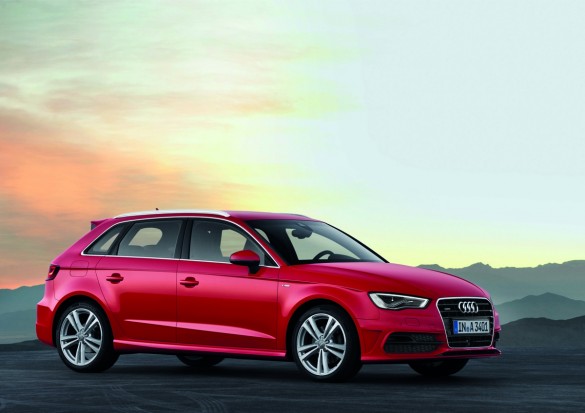 In the gospel according to German automakers, U.S. customers don’t like hatchbacks, wagons or diesels. Odd, then, that some 35-percent of Audi A3 models sold come with its TDI turbodiesel engine, and equally odd that Volkswagen dealers have no trouble selling all the diesel models they import. Maybe Americans do appreciate the practicality of automobiles other than gasoline-powered sedans and crossovers.

According to Car and Driver, via Left Lane News, Audi seems to be softening its stance. Word is that the new A3 Sportback (a hatchback or small wagon by any other name) will join its sedan sibling in the United States, which is counter to Audi’s original position on the car. While European customers get both three and five-door versions of the Audi A3 Sportback, those of us on this side of the pond will reportedly see the five-door only.

If that’s the good news, here’s the bad: then new generation of A3 will allegedly be offered only with Audi’s 2.0-liter turbocharged four-cylinder gasoline engine. We find that surprising, as diesel-engined A3s make up over a third of Audi’s current U.S. A3 sales, and diesel emission regulations between the E.U. and the U.S. will be on parity as of 2014. With a clear demand for the product and more economical compliance on both sides of the Atlantic, not offering a diesel makes no sense at all.

Longer-term, Audi will launch both S and RS versions of the A3, at least in Europe. Call us weird (or downright un-American), but the thought of a high-performance compact station wagon makes our hormones sit up and beg.