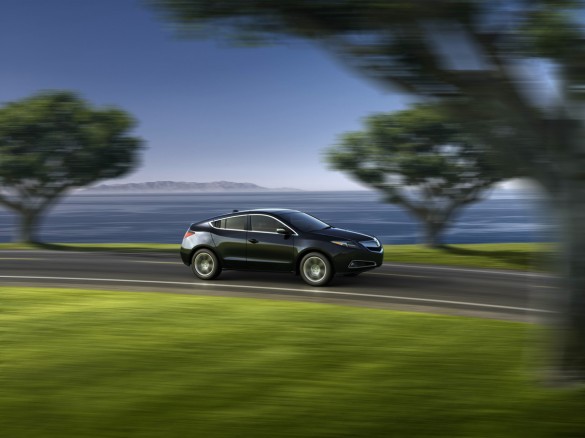 In 2009, Acura released an ambitiously-styled crossover that it hoped would play to universal praise. In its credit, the ZDX looked like nothing else on the market (except, perhaps, the Honda Accord Crosstour), and attempted to blend luxury, style and performance into one cohesive package.

Buyers avoided the ZDX in droves, put off by its controversial front-end styling, mediocre performance, poor fuel economy and lofty sticker price. Despite criticism from shoppers and the media alike, Acura insisted its ZDX wasn’t going anywhere. Earlier this year, the automaker even announced a revamping of the misunderstood Swiss-Army-knife-of-automobiles, promising us we’d like the 2013 model even more.

Then sales, already abysmal, fell off a cliff. From January through September of 2011, Acura sold just 1,220 ZDX models, making it the second-worst selling model in the brands lineup (only the RL sold fewer units). In 2012, Acura has moved just 642 ZDX crossovers, leading to the decision to kill the model at the end of 2013.

If you want one, 2013 will be the final year to buy a new ZDX from your Acura dealer. As promised, styling is tweaked for its final production year, although we don’t see any significant changes ourselves. Only one version will be offered, and it will include every amenity and techno-farkle that Acura can stuff into it. In addition to the expected things, like leather seating and voice-guided navigation, the ZDX also comes with forward collision warning and lane departure warning systems, all-wheel-drive, a paddle-shifted six-speed automatic and a multi-view rearview camera system.

It also comes with an ambitious sticker price. Including the $895 destination charge, Acura is asking $51,815 for the final ZDX, although we’d imagine dealers will be willing to haggle on this price a bit.