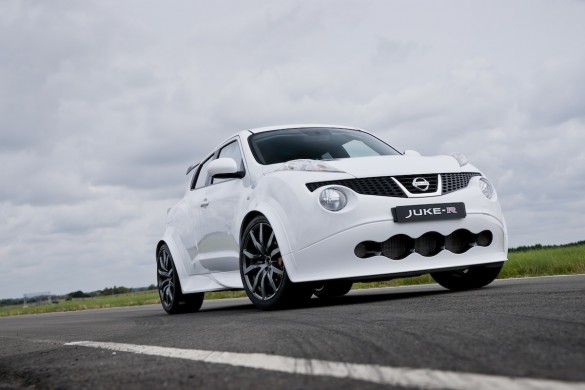 Nissan’s unexpected Juke-R super-crossover was an instant hit from the time it was announced. It takes a bit of evil genius to blend a crossover with a supercar, especially when the end product loses much of the crossover’s functionality and some of the supercar’s performance. Despite this, Nissan was flooded with requests to build the Juke-R, including three from customers in Dubai who were ready, willing and able to spend whatever they had to on the Godzilla-grocery-getter.

When Nissan capitulated, it made it clear that the Juke-R would be hand-built in a very limited quantity, with a price somewhere north of a half-million dollars. For their money, buyers would get a 545 horsepower compact crossover that can dash from 0-62 mph in a mere three seconds, on its way to a top speed of 170 miles per hour. Underneath, the Juke-R sports a full GT-R drivetrain and suspension, while the outside gets wrapped in an improved body kit courtesy of Nissan Design Europe. As with the Juke-R prototypes, an FIA-approved roll cage ensures driver and passenger safety. 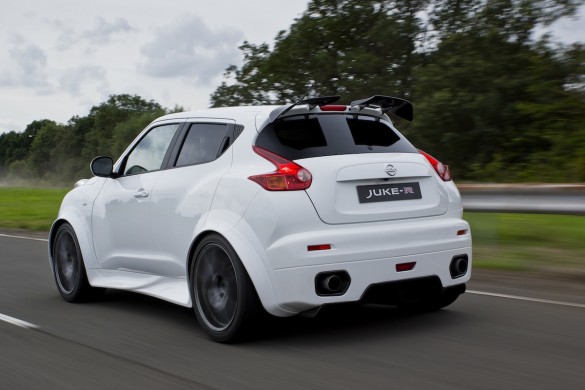 On Tuesday, Nissan announced that the first production Juke-R had been assembled and tested, and was now being delivered to a (very eager) customer, likely in Dubai. Construction of serial number two is well underway, and Nissan U.K. wants you to know that it’s still taking orders from qualified buyers. 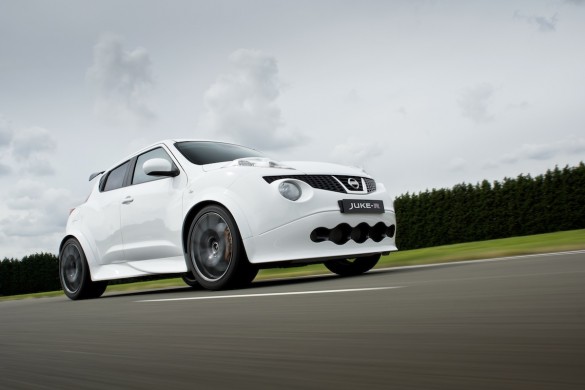 While most of us will never get the chance to drive a Juke-R in the real world, the uber-crossover will be featured in the upcoming game Asphalt 7: Heat, which will be available from the Apple Store and Google Play by year end. While a virtual high-performance Juke-R isn’t the same as the real thing, we’re pretty sure even our budgets can cover a virtual Juke-R.