Felipe Massa Returns To Ferrari For 2013 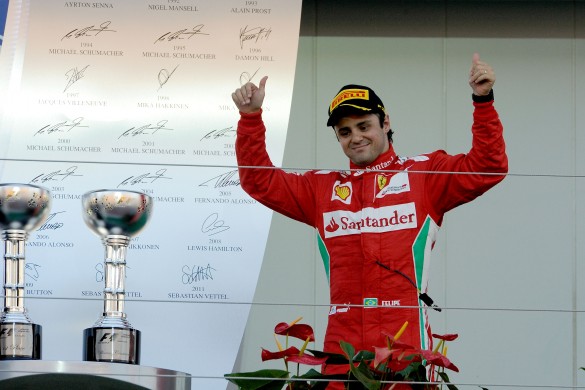 Felipe Massa’s contract with Scuderia Ferrari ends at the end of 2012, and many fans of Formula One believed the Brazilian driver would be looking elsewhere for a ride in the 2013 F1 season. Citing Massa’a lackluster performance throughout much of the 2012 season, critics were sure he’d be replaced by Lewis Hamilton or perhaps Sergio Perez, the rising star from Mexico.

Then, the stars aligned in Massa’s favor. Lewis Hamilton announced he was leaving McLaren Mercedes to join the Mercedes AMG team, while Sergio Perez would fill his vacant seat at McLaren. With both drivers out of contention for a possibly vacant seat, it seemed like the job was again Massa’s to win or lose.

And win it he did. After finishing no better than fourth throughout much of the season, Massa delivered a second place finish for Ferrari in Japan, backed up by a fourth place finish in Korea. That seemed to resolve any doubt in Ferrari’s mind, and on Tuesday the team announced it had re-signed Massa for the 2013 season.

As is currently the case, Massa’s role will be to back up the team’s star driver, two-time world champion Fernando Alonso. While Massa has no chance of winning the championship this year, Alonso does, but only with his teammate’s help in the remaining four races.