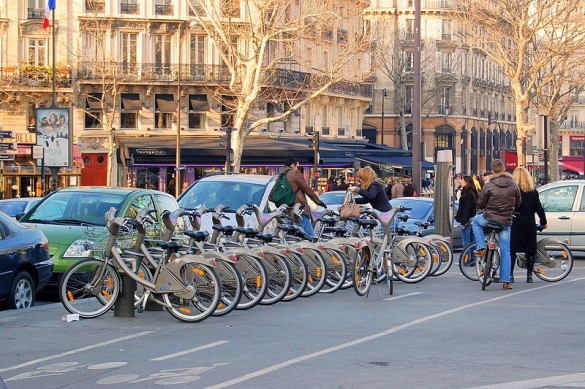 Paris, France, like many global cities, has an air pollution problem. In the U.S., a bad air day in Denver or Los Angeles doesn’t cost the city money, except perhaps in tourist dollars spent. In Europe, cities can be fined by the European Commission for failing to meet clean air standards.

In response, Paris’ mayor, Bertrand Delanoë, has presented a plan to the French government that would ban cars over 17-years old, motorcycles over 10-years old and commercial vehicles over 18-years old from entering the city and surrounding areas. To encourage citizens to get rid of old cars, Left Lane News says the mayor is proposing a “cash for clunkers” program with a twist. In addition to paying cash for worn-out cars, the program would also give participants a three-month pass to AutoLib, a Paris-based electric car sharing program.

As critics point out, there’s one small problem with Delanoë’s plan: only three percent of cars registered in France are over 17-years old, meaning the costly program will have little to no effect on air pollution.

The final decision now lies with the French government, who is just as cash-strapped as the rest of the European Union these days. If the program is approved, th ban would take effect in mid-2014.