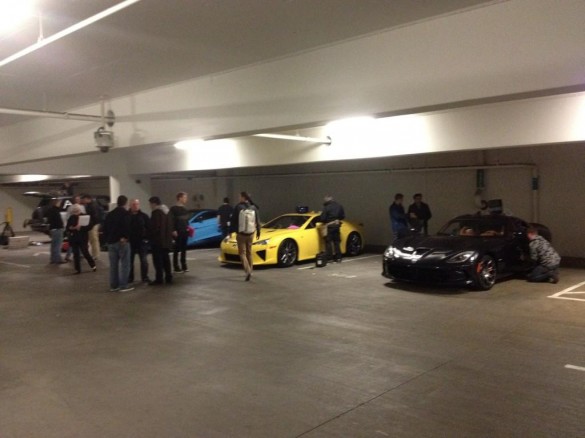 Take three cynical British auto show hosts, add three supercars and let them loose in the Western United States (and, possibly, Mexico), and you have the recipe for a season 19 Top Gear special.

Autoblog was the first to put together tweets from Jeremy Clarkson, who apparently was losing at blackjack in Las Vegas and doesn’t like the fact that we use time zones other than Greenwich Mean Time. From his tweeted picture of preparations, it looks like the hosts will be driving a Lexus LFA, an SRT Viper and an Aston Martin Vanquish in what could potentially be an epic North American road trip.

Whatever the course or ultimate destination, we’re fairly certain the hosts won’t be spray-painting inflammatory slogans on the side of their borrowed supercars in the deep South. After a near-death experience filming a Top Gear special on U.S. soil five or six years back, the BBC now understands that there are lines best not crossed, unless you have a serious presence of armed security.

Look for the special to air sometime during Top Gear’s next season, which is set to begin with a Christmas special in February of 2013.