Mitsubishi Evo Crash Reminds Us Why Safety Gear Is So Important: NSFW Video 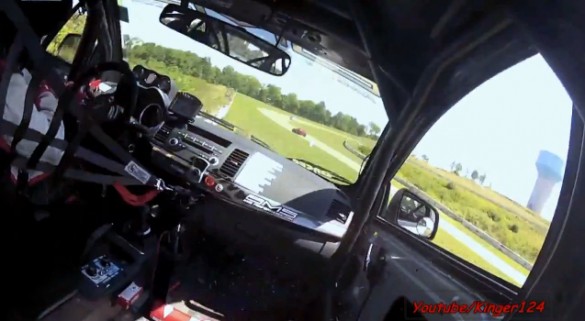 In all honesty, you’re probably safer competing in SCCA Club Racing than you are driving on the average interstate highway. On the track, drivers around you have the proper training, you’re wearing a fire-resistant Nomex suit and a helmet, your car is fitted with things like a roll cage and a racing harness and none of your competitors are drunk, high or busily texting to their BFF. That said, driving at high speed still has an element of risk, and when things go bad at speed they do so quickly.

We’re labeling this video (found on Motor Authority) as NSFW, since the driver clearly curses when he realizes that he’s about to get up close and personal with the armco while carrying some serious speed following a front left tire failure. The impact is severe enough to throw the car in the air to a rather impressive altitude, before gravity takes over and the car sticks a landing on its roof.

Fortunately, the driver escaped the “giant washing machine of pain and violence” (to quote the co-driver of the Evo that crashed at Pikes Peak last summer) with only scrapes and bruises. If you need a reason to justify a roll cage in your daily driver, we’d say this video delivers.