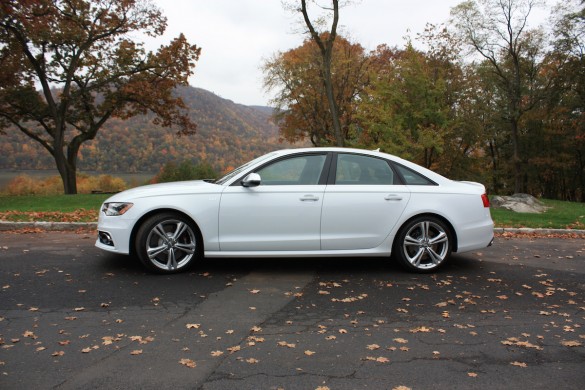 At a time when most luxury automakers are paring back spending in case the European economic crisis worsens, or in case the U.S. drops back into recession, Audi has its sights locked on its main German rival BMW. To surpass BMW atop the luxury pyramid, Audi knows it needs to invest in new vehicle development, factory expansion and targeted marketing. Success comes at a price, and for Audi that price is $17 billion, to be spent over the next four years.

As The San Francisco Chronicle (via Autoblog) explains, nearly $14 billion of that investment will go towards vehicle development and factory expansion, including the construction of a new plant in Mexico to serve the North American market. Research and development spending will concentrate on lightweight construction (likely via the extensive use of aluminum) and even supplemental electric power.

By the end of this decade, Audi is projecting annual global sales of two million vehicles, which should be sufficient to overtake BMW. While BMW will also see sales increase, the smaller automaker is incapable of matching the investment that the Volkswagen Group is willing to spend on Audi’s growth. Don’t expect Mercedes-Benz to sit idle as rivals steal market share, either; it’s planning on countering Audi’s advances with a new product blitz aimed at first time luxury buyers.

Which automaker will ultimately come out on top is academic, since the real winners will be the consumers who benefit from the increased competition between the brands.